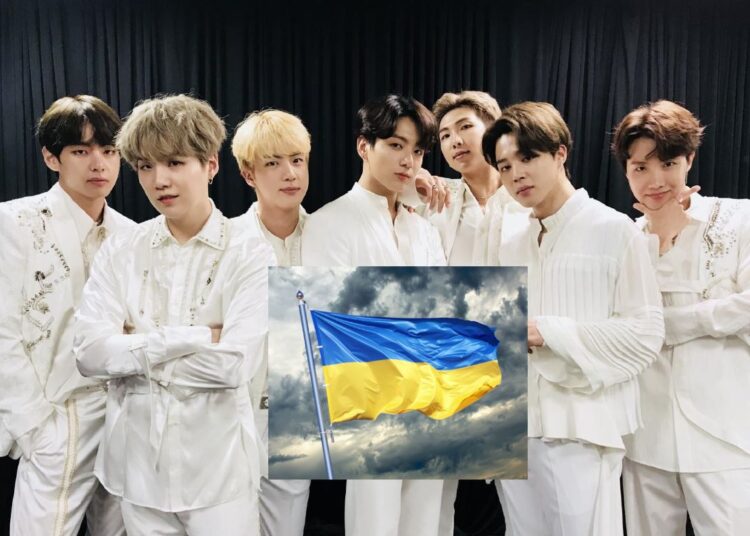 South Korea’s most famous group, BTS, sold out all their tickets for the three face-to-face concert dates at Permission to dance on stage in Seoul. Due to the high demand, some BTS fans ran out of tickets, so they surprised on social media by donating the money to organizations that support Ukrainian refugees in the aftermath of the Russia–Ukraine conflict.

BTS will return to live concerts in their native South Korea with three dates of Permission to dance on stage and also with four dates in Las Vegas. On March 2nd, both ticket presales sold out in a matter of hours and J-Hope congratulated the effort of their fans for trying to see the Bangtan concert.

Korean fans who were unable to get a ticket for BTS‘ in-person concerts in Seoul shared on social media reflections that led them to donate the ticket money to charitable causes for Ukrainian refugees.

You could also be interested in: Seungmin of Stray Kids is afraid of dating for this sad reason.

“Hoseok, I failed to get a ticket, but I’m happy because you’ll get to see other ARMYs. I hope to see you in 10 more years. It is so hard to get a ticket. My heart hurts, so I donated the money. I donated it to the Ukrainian embassy….. PEACE.”

“Even though I couldn’t get a ticket, I now have extra money because of that, so I donated the money to benefit the children of Ukraine. I was thinking of using that money for something that would make me happy, so this is a good way to put it to good use.”

“It’s a pity that I didn’t reach a ticket, but now that money is in a better place.”

“I have donated an amount of money, after seeing that people who didn’t get tickets also donated. I am very proud to be ARMY and I am grateful to be able to participate on behalf of ARMY. I pray for peace to come as soon as possible. No to war.”

Permission to dance on stage Seoul will be held on March 10, 12 and 13. The second date will have a simultaneous or delayed screening in theaters (depending on the location), while the other two will be streamed online. Tickets for PTD Las Vegas were also sold out in less than 15 MINUTES after the first pre-sale began.