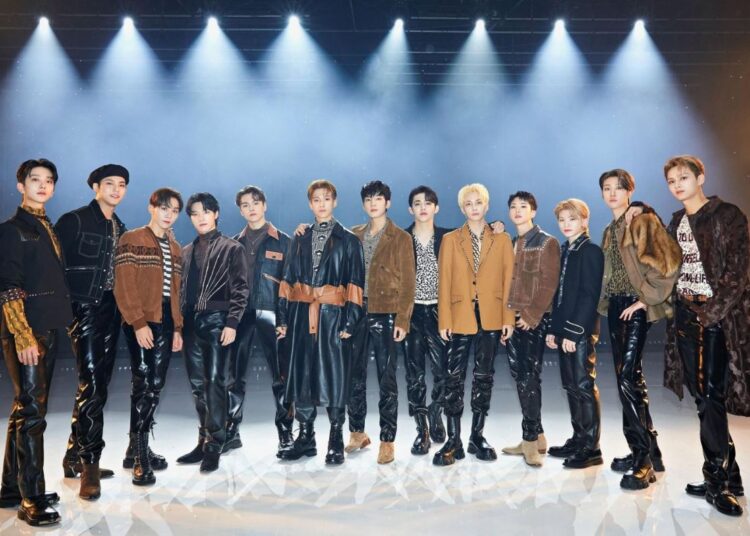 SEVENTEEN achieves one of the most important records in their career.

The performers of “Rock with you” and “Ready to love” debuted on IFPI’s Global Artist Chart 2021, a list that for the first time includes two South Korean artists in the top 10.

The International Federation of the Phonographic Industry or (IFPI) is an international music representative organization. Each year they publish a global ranking with data collected from all music markets; it is not limited to the United States.

It measures digital and physical sales as well as streaming.

South Korea’s SEVENTEEN make their first IFPI Global Chart appearance at #9, following a string of releases that saw the 13 member K-Pop group resonate with music fans across the globe.#IFPIGlobalArtistChart pic.twitter.com/rFIvU9risX

BTS repeated the achievement reached in 2020 and lifted the award for the music act with the highest sales, downloads and streams of the releases they promoted in 2021. The boys topped the list, ahead of Taylor Swift, Adele and Ed Sheeran.

In a remarkable moment for Korean music representatives, SEVENTEEN was placed ninth and surpassed Olivia Rodrigo. The performer of “good 4 u” closed the TOP 10.
C

You could also be interested in: ARMY protest and fight each other for tickets to see BTS in theaters.

SEVENTEEN – made up of S. Coups, Jeonghan, Joshua, Jun, Hoshi, Wonwoo, Woozi, DK, Mingyu, The8, Seungkwan, Vernon and Dino – is the second k-pop group to enter the IFPI Global Artist Chart in the history.

Projects driving this achievement include two mini-albums released in 2021. Your Choice collected more than 1.

4 million units sold and ranked #15 on the Billboard 200. In November, the EP Attacca achieved more than 2 million sales and debuted at #13 on the U.

In 2021, SEVENTEEN also reaffirmed their popularity in the Japanese market with the single albums Hitorijanai and Ainochikara, both certified double platinum and platinum by the RIAJ, respectively.

Gerard Piqué gets his first win over Shakira