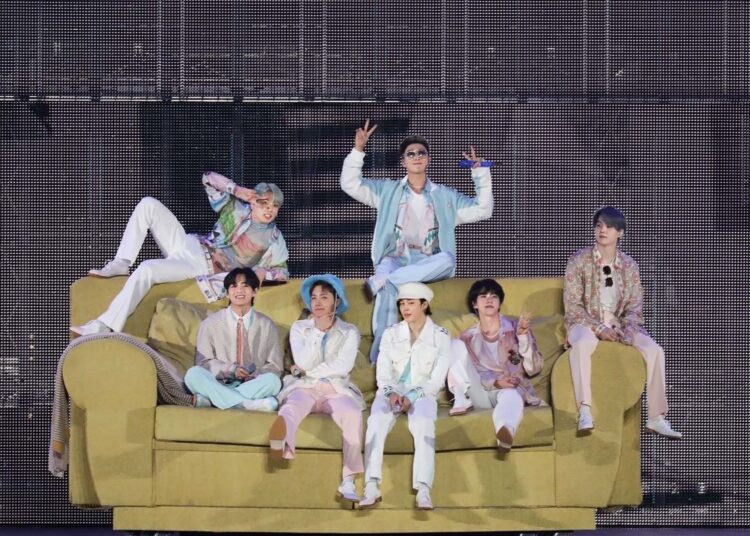 BTS, HYBE’s most successful group, will hold a concert in South Korea this March. And now, the agency confirms that the group is expected to be seen performing overseas concerts again.

The long-awaited ‘Map of the soul tour‘ had to be cancelled in 2020 due to the pandemic. But finally, in the new report, HYBE confirms that RM, Jin, Suga, J-Hope, Jimin, V and Jungkook would soon return to sing on stages outside South Korea.

“In addition to the three concerts in March, BTS is planning additional overseas shows. We will have you updated with more details soon,” the label’s spokesperson said through his English interpreter.

You could also be interested in: SEVENTEEN among the top 10 best-selling artists of 2021 worldwide.

As revealed in the report, a new stop was added to the Permission to dance on stage tour.

On February 22nd, BIG HIT announced that there will be four shows in Las Vegas, United States, and these will take place in April. The musical show will be livestreamed online where ARMY from abroad will also be able to enjoy the concert.

Now it remains to wait for the new dates that HYBE will add to the tour of the boys. Do you think they will visit your country with the tour?

BLACKPINK’s Jisoo and Rosé appear in the credits of the new album as songwriters. Check out the tracklist