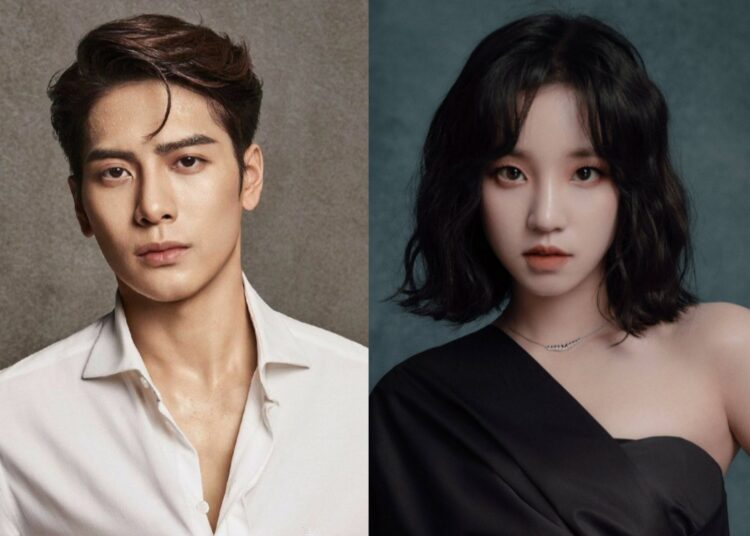 On Tuesday, February 22nd, Jackson Wang and Yuqi, members of the groups GOT7 and (G)I-DLE, were romantically linked after the release of a paparazzi video on Weibo.

On the Chinese platform, as well as on international social networks, the alleged relationship of the K-pop superstars, of Chinese origin, was placed in the trends as fans sought more details, among them.

The video posted on Weibo was allegedly recorded sometime in late 2021. It details that Song Yuqi would have left her hotel as soon as she arrived in Beijing, China, and headed to Jackson Wang’s apartment. According to the report, the idol spent the night in the place and the next day he returned to his room with a bouquet of roses.

Sohu report:
"
gossip media photographed that Song Yuqi had just returned to the hotel and was taken to Jackson Wang's house by his driver. The next morning…full on FB pic.twitter.com/1rOMvuqyzA

“Is Jackson Wang dating? I previously met Song Yuqi when she was returning to Beijing during the day. Not long after she settled into a hotel, an attendant secretly rushed her to a car and she left. The car entered Jackson’s apartment complex.

She was even seen holding three stems of roses. Upon closer look, the driver was one of Jackson’s employees.

It’s obvious who gave her flowers.

Not long after, Jackson left her compound and headed for the airport.
C

She seemed in a good mood and didn’t forget to greet fans. On the third day, Ella Song left the hotel to fly back to Korea.

She especially even brought the flowers. I will not say more, you can see the video”, she is heard in the record, according to Koreaboo’s translation.

As of press time, CUBE Entertainment has not commented on its artist Yuqi’s dating rumor with Jackson. Similarly, there is no statement from the Sublime Artist Agency, the GOT7 rapper’s company in South Korea, or from his own firm (Team Wang).

AleXa shocks her fans with the realease of a new teaser