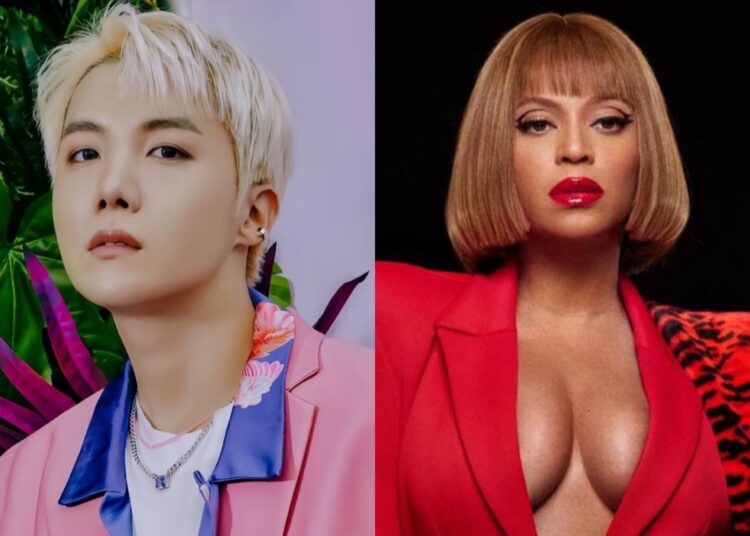 On February 18th, 2022, the BTS member J-Hope celebrated 28 years of life. Although he received nice gifts from the fandom and an expensive gift from his bandmate Jin, the rapper got an emotional surprise when he realized that a great Pop Diva had sent him a congratulations.

In recent years, Beyoncé has started a tradition of posting birthday greetings for colleagues, artists, athletes, and other personalities on her official website. She did the same on February 18, where she made a “deluxe” edition of her congratulations with a list that included photos of the youth and childhood of the celebrities who had their birthdays on that date.

Her list of congratulations was headed by Dr. Dre, who had just performed at the 2022 Super Bowl, and behind the renowned hip hop producer was J-Hope himself, whom she wished a happy birthday. The “Single Ladies” singer’s congratulations were accompanied by a photo from when Hobi was just a kid.

As expected, the event did not go unnoticed by Hoseok, who a few hours later made a mention of the former Destiny’s Child member’s listing on his Instagram stories. The idol shared a photo of the list where the phrase “HAPPY BIRTHDAY, J-HOPE” can be read, and added a couple of surprised emojis to show how amazed he was by the event.

You may also like: MONSTA X’s Kihyun confirms that his solo debut is coming