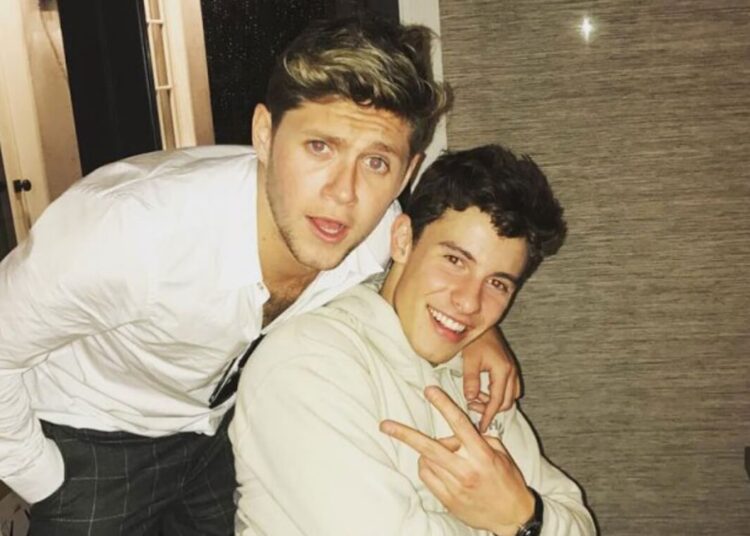 Niall Horan talked about a possible collaboration with Shawn Mendes, who he’s growing closer to. After being spotted together watching the Super Bowl, the former One Direction member said he and the Canadian musician are in talks about a partnership.

“We have spoken about it for years. I spoke to him this morning. He is making music, I’m making music. I don’t know we just need to get in the room together. Anytime we get together it’s just to have a drink“, the Irish singer told SiriusXM .

Niall Horan talking about a collab with Shawn Mendes pic.twitter.com/CwNMC9eTjc

Niall’s fans recently discovered that he has registered new music with ASCAP (American Society of Composers, Authors, and Publishers). The songs are called “Satellites“, “It must be love” and “Big plans”.

In other related news, Shawn Mendes released, this Friday, February 18th, on his Instagram profile, an unprecedented excerpt from one of his upcoming releases.

The preview, only 4 seconds long, brings a very danceable and lively sound, with a 1980s footprint, perfect for enjoying at nightclubs! Is the Canadian planning to dominate the music charts soon with a new summer hit? Listen to the snippet below:

You may also like: 50 Cent spearheads development of upcoming DC Comics movies

Exactly a month ago, the artist released, also via Instagram, the excerpt of another unreleased track. In the caption of the publication, he asked: “Do you like this?“.

So far, there are no further details about the release of the tracks, nor any date for the arrival of the singer’s new album. Mendes’ latest release was the ballad “It’ll Be Okay” .