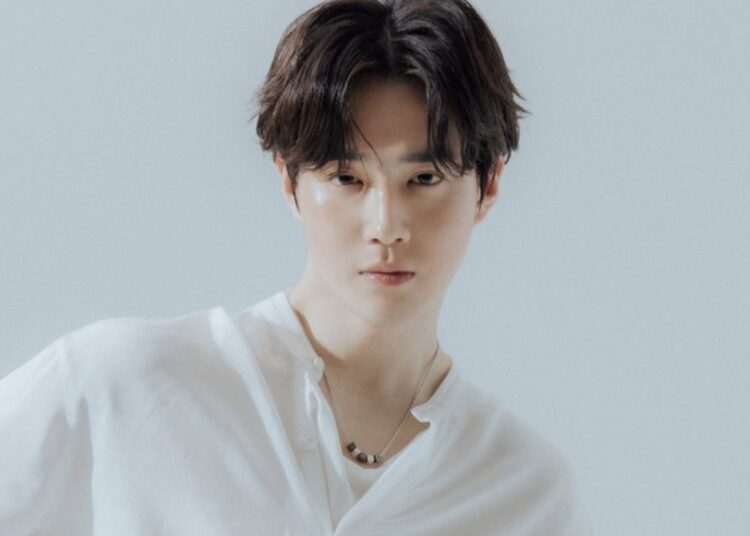 EXO fans celebrated the end of Suho‘s military enlistment. The leader of the South Korean group has fulfilled the mandatory period in the Armed Forces and shared this Monday, February 14th, on his personal profile on Instagram, a handwritten letter.

In his letter, Suho shared how much he missed his fans during his military service and also revealed that he was preparing a special gift to thank everyone who waited for him.

Hello everyone, it's EXO's leader Suho Kim Junmyeon. First of all, I want to tell you that I miss EXO-L the most. […] During 1 year and 9 months, I wanted to see you and the members so much that I even held a concert in my dreams..hehe pic.twitter.com/IoB0GdbqHr

It’s me, EXO’s leader Suho, Kim Junmyeon. As of today, February 14, 2022, I EXO-L have finally been discharged from my military service. First of all, I’d like to say that what I missed the most was EXO-Ls.

During my service, even though I spent time away from everyone, it was a significant time when I was able to think even more about EXO-Ls. During the period of 1 year and 9 months, I really missed everyone and the members so much, to the point that I dreamed that we were at a concert… Hehehe It seems like I wish time would go by faster to meet everyone on stage. I said “if waiting is pleasurable, then it’s love” and I think we could see that the time you’ve waited has made our love a deeper love.

Still, from now on, we won’t be apart again! If I could hug you, I sure as hell wouldn’t let you go. For me, from now on, I will prepare a gift for EXO-Ls. I hope it’s a gift that makes it worth the wait for me. Even though we had moments when we couldn’t meet, we will meet even more from now on, let’s keep that promise!!!

PS I miss your silver light”.

Blackpink to release a new album this DECEMBER, 2020