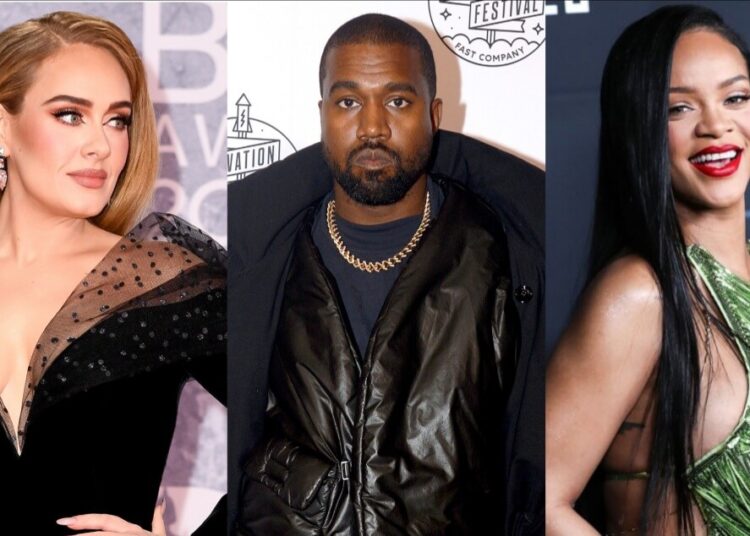 The Super Bowl, which takes place this Sunday, February 13, at 5:30 p.m., at the SoFi Stadium, in Inglewood, California, and although sport is the main course, like every year the halftime show is a very important event.

Despite the fact that millions of fans, as well as non-fans, of American football are waiting for halftime of the game, there are some superstars who, despite their great fame, have not been part of the show. Below we will tell you who the bands and artists have been who have refused to participate in this long-awaited event.

Rihanna rejected the proposal to sing at halftime in 2019. According to the star, this decision was made in support of American football player Colin Kaepernick, who, while interpreting the United States national anthem, knelt in protest against racism.

According to various media, Kanye West was wanted to participate in the Super Bowl XVLIII show, however, Kanye rejected the offer, as he was not offered enough money to participate.

The duet, Outkast, did not appear in the XXXVIII edition, because the NFL requested that their songs be shortened and that those in which high-sounding words were included be eliminated from their set.

Adele was invited to the show in 2018, however, she did not want to participate, because it seemed to her that it was not the type of show that she performs and that she was not willing to dance.

You may also like: Kodak Black is one of the victims of a shooting at Justin Bieber’s party

What a night! Thank you @BRITs, thank you Sally and Tom for being so accommodating. Thank you to everyone who was there in the crowd, you were so loud and loving! Congratulations to all the other winners and nominees, keep on smashing it! ?? ✨ pic.twitter.com/8jDoF0DJ6E

On several occasions, Metallica, the band led by James Hetfield, has rejected the offer. Hetfield pointed out in an interview that they did not want to be part of the event, because they consider that they are not a band that does acrobatics and likes to do lips sync.

The show costs $5.98 and must be purchased before the event starts. Don’t worry if you can’t watch live; you can catch it anytime during the following 48 hours.

Cardi B refused to participate in the LIII edition, as part of a protest against racism in the United States and in support of Colin Kaepernick’s player.

BTS: what did Jin say at one of his last pre-military concerts