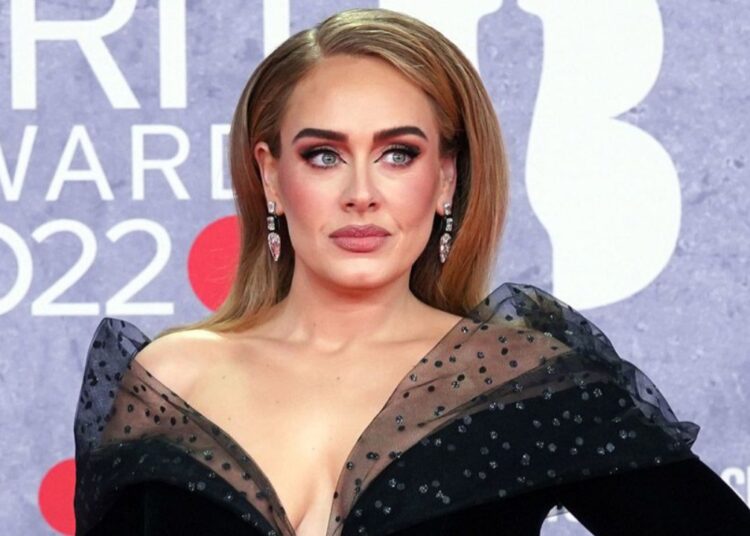 Adele has a big future planned with her boyfriend Rich Paul. The “Easy on Me” singer recorded her appearance on “The Graham Norton Show” last Thursday, 10th and talked about her relationship with the famous sports agent.

However, she has not confirmed or denied that they are engaged after wearing a huge diamond ring at the BRIT Awards. But what surprised the public was the revelation that she plans to have a baby. The singer is already mother to 9-year-old Angelo, the result of her marriage to Simon Konecki.

And it seems that the desire to raise offspring is real. On the postponed Las Vegas shows, she explains:

“It has to happen this year because I have plans for the next. Imagine if I have to cancel because I’m having a baby?” she questioned.

Still on the situation in Vegas, Adele says that the postponement was not due to problems with Covid-19. But because she wasn’t satisfied with the spectacle.

“I tried my best and really thought I would be able to put something together in time. It would have been a really half-assed show and I can’t do that. I’ve never done anything like that in my life. Right now we’re hard at work, but I don’t want to announce a new set of dates until I know that everything will definitely be ready. The sooner I can announce it the better, but I can’t if we’re not ready in time“, he justified.

Adele’s private life is rarely news in the tabloids. And because of this, presenter Graham Norton asked if after the promotion stage of the album “30” she would disappear again.

“I definitely will, but I’m trying to make a conscious effort to stop being so obsessed with my privacy. I’m trying not to be two completely different versions of myself. It’s tiring on and off. I will be ‘missing’ as far as my music is concerned, but you’ll see a glimpse of me every now and then”, she explains.