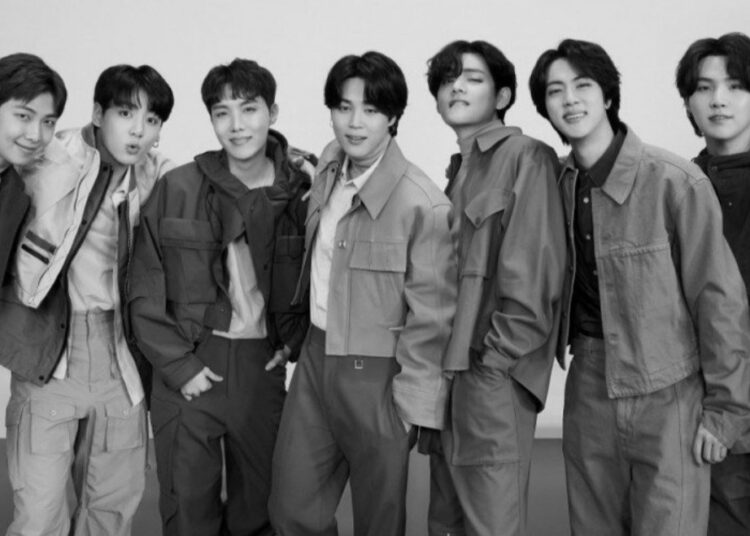 BTS will appear at Super Bowl 2022 this Sunday. Find out the details!

The Super Bowl, the most anticipated American football game in the United States, will take place this Sunday, February 13th. Rap stars are confirmed for the famous halftime show, but did you know that BTS will also be making an appearance at the event?

But calm down, we’re not talking about the presence of the K-Pop group! What’s going to happen is this: BTS’s new commercial with Samsung will be shown on North American television!

“International superstars @BTS_twt are featured in a new advertising campaign from longtime partners Samsung, advocating for a cleaner planet. The two-minute clip will be aired on Super Bowl Sunday.”https://t.co/uxne52dmWD pic.twitter.com/UOAfEKJgS2

The technology brand launched last Wednesday, February 9th, its new campaign entitled “Galaxy For The Planet”, in defending the prevention of climate change and trying to make people aware of the future.

In the video, the boys of BTS are seen holding placards with handwritten messages calling attention to ocean plastic waste and its consequences, drawing inspiration from Bob Dylan ‘s “Subterranean Homesick Blues” clip.

In the end, the group comes together to deliver a single message: “Let’s work together for a better future”. Watch the commercial:

You may also like: BTS’ Suga and Jungkook released new song “Stay Alive”

It is worth mentioning that Suga has already shown interest in performing at the Super Bowl. “I would like to, but we need to be invited… We can’t do it just because we want to“, said the artist during a live in March 2021. Well, it won’t be this time that BTS will do the halftime show. But appearing in the commercial is a start, right?

Find out why Camila Cabello was afraid of herself