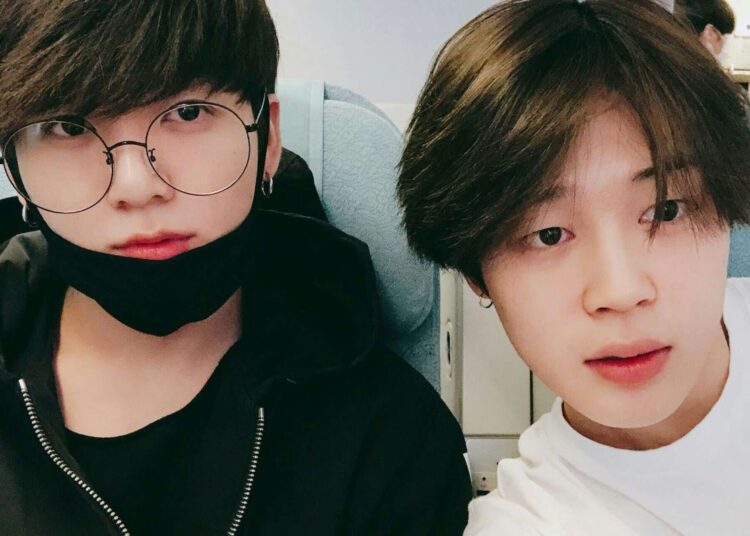 Jimin and Jungkook spent a Valentine’s date together, where they gave each other tender gifts and made ARMY fall in love with their close friendship. On social networks, BTS fans have shared several favorite moments of the idols.

One of them was a video on February 14 that they recorded together and with which they excited the fans, since both wore the same outfit. Jimin and Jungkook met at the group training in 2013, after the dancer was the last to join the group and moved into the dorm from Busan.

Since then, they have been one of ARMY’s favorite friendships, the duo is also known as JiKook or Kookmin and they have celebrated Valentine’s Day together on several occasions. So it would not be a surprise to see them together again on other special dates.

You could also be interested in: BTS’ V has a habit of smoking electronic cigarettes, these are the proves.

In South Korea there is a habit of matching clothes or accessories between couples, in this case because of their friendship. It is not the first time that Jimin shows his affection for Jungkook, on one occasion he gave him one of the most expensive birthday cakes that can be imagined, showing the enormous affection that both artists have for each other.

Find out how Jungkook succeeded in impressing Beyoncé

Harry Styles will vaccinate fans at ‘Love On Tour’ shows

Winter of aespa accidentally reveals news of a new member