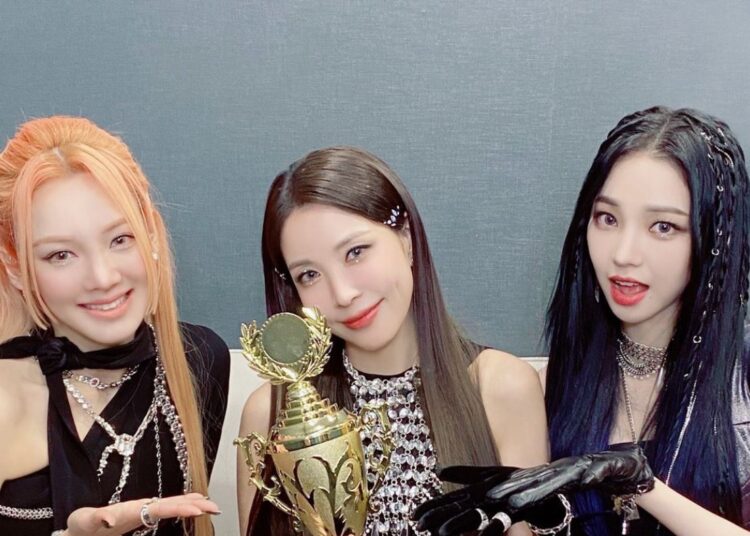 The members of SM Entertainment’s new group ‘Girls on Top‘ are currently coming under criticism after alleged “racist comments” in their latest YouTube video. In particular, netizens have expressed concern about the current problem of “colorism” within Korean society.

On February 9th, the members appeared in a YouTube video where they sat in groups and answered questions about each other. In particular, soloist BoA, aespa’s Karina, and Girls’ Generation’s Hyoyeon were in a group chatting with each other.

However, one comment set social media on fire, but not in a good way. The girls had to describe their first impressions of each other in five characters. While some of the girls used really sweet comments like “a cute teddy bear”, BoA’s comment to Hyoyeon was somewhat “offensive”.

You could also be interested in: BTS: Jimin and Jungkook wear the same outfit as a couple for Valentine’s Day.

BoA said that her first impression of Hyoyeon was, “She’s really tanned.” Korean beauty standards are known to consist of having “pale skin,” and many thought that BoA’s comment had negative connotations.

However, Karina was also criticized after she was seen laughing out loud at the comment. Although Hyoyeon did the same and replied, “Why was I so tanned?” It felt as if Karina and BoA were laughing at Hyoyeon, who also seemed to find it funny.

why do kpop idols always have to make colorist jokes… also why is karina laughing so hard pic.twitter.com/zBPRIbbA3N

Netizens emphasized this attitude in Korean society which is still considered normalized. Others expressed their disappointment that the idols were so open with their reactions to a comment that could be taken as offensive.