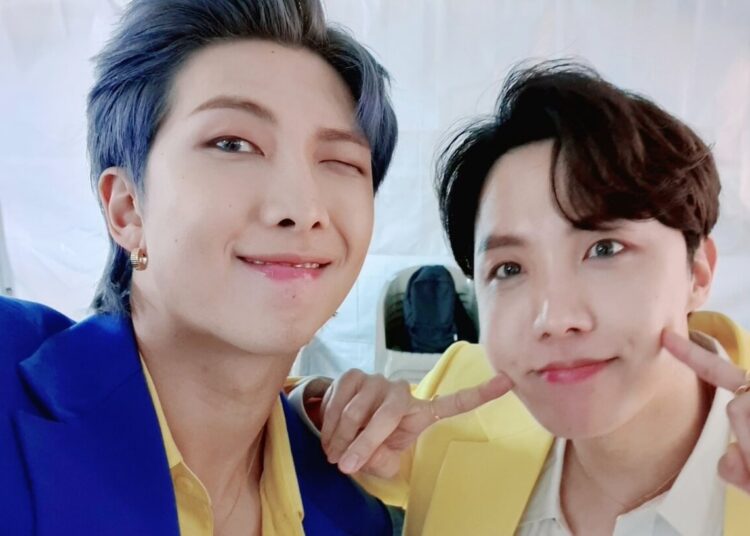 If there’s one thing ARMYs know how to do, it’s create theories and the most recent one involves BTS‘s new music. The group’s last comeback was in July 2021 with “Permission To Dance” and fans are speculating that RM and J-Hope may be dropping hints about an unreleased project via Instagram posts. Will be?

Since BTS created individual Instagram accounts, diverse content has been entertaining fans. Last Saturday, February 5th, however, J-Hope intrigued by posting photos in a studio with the words “gift”, “to” and “me”. At first, no big deal, but the “me” was in quotes.

A few days later, on Wednesday, February 9th, RM published a photo of seven silhouettes and in the caption wrote “we”. Similar to J-Hope’s post, the word was written in capital letters with quotes.

I just notice that hobi posted on his ig story with the text "ME" and namjoon posted a picture with "WE" in the caption is it a clue for their comeback??? it's like "WE" and "ME" is the reflection of each other like "SAVE ME" and "I'M FINE" pic.twitter.com/rQeRDgBxtC

ARMYs also noted that “ME” and “WE” are mirror words, which is known as an ambigram and which particularly contains the meaning of reflection and the past, present and future.

You may also like: Shawn Mendes is spotted meditating in Hawaii accompanied by a girl

And if that’s not shocking enough, one netizen, according to the Koreaboo website, noticed that when the words are connected, the BTS logo is formed. It is worth saying that this would not be the first time that the group has provoked fans with ambigrams. The group tracks “Save Me” and “I’m Fine” also function the same. Check out: