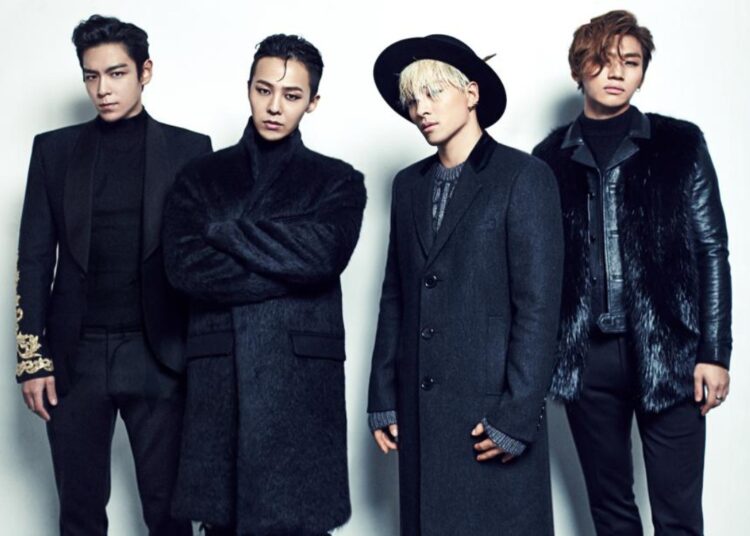 BIGBANG‘s first comeback in four years was confirmed on Monday! According to an official statement, the K-Pop group will release a new song between March and June this year. Furthermore, it was also revealed that member TOP has terminated his contract with the South Korean agency.

After numerous controversies involving the group’s name, because former member Seungri was convicted of a case involving prostitution, BIGBANG graced fans with the new project. The song’s name has yet to be revealed, but Dragon, TOP, Taeyang and Daesung are already preparing to record the MV.

YG shares that their contract with #TOP has ended, but unveils that he is open for future activities with #BIGBANGhttps://t.co/zGBujh2fTu #KoreanUpdates RZ pic.twitter.com/O9ScufdcY2

TOP’s departure, by the way, does not influence the group’s comeback. He, who debuted with BIGBANG in 2006, maintained an exclusive contract with the agency for 16 years. The rapper will now follow new challenges as an artist and entrepreneur.

“BIGBANG will release a new song this spring.

We’ve finished recording the song and are about to shoot the music video.

We also respect TOP ‘s desire to broaden the scope of his individual activities beyond his promotions with BIGBANG . He came to an agreement on this with the other members.

If the conditions are right, TOP can always participate in BIGBANG promotions.”

The last work released by the group was “Flower Road”, released in March 2018. In the lyrics of the song, the group sings: “This is not the last time. We’ll see you again when the flowers bloom on the flower road“.