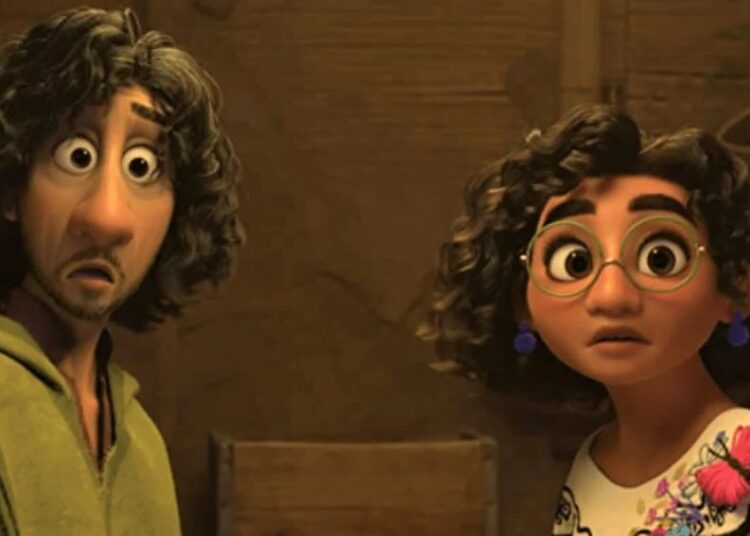 “We Don’t Talk About Bruno” is the song everybody seems to be talking about, and it comes from Disney’s new movie “Encanto”, taking the #1 spot in the United States this week.
The song of the moment was composed by Colombian artists Carolina Gaitán, Mauro Castillo, among other international artists from the cast of the new Disney movie, “Encanto”. The movie was premiered on November 24th of last year, but it was released on Disney+ just barely a month ago, that’s where the movie and the song made the biggest impact.
The artists that sing in the song are of course the same ones that voiced the characters in the movie, as it’s usually made on Disney movies. The song took the #1 spot in the Billboard Hot 100 of this week, just as it did last week, making “We Don’t Talk About Bruno” the first song from a Disney movie to top the US chart for more than one week since 1993, when “A Whole New World” from “Aladdin” spent a week on top.
As of now, the song registers the biggest numbers on streaming platforms, sales and airplay, managing to enter Pop Airplay and Adult Pop Airplay lists.

The successful track is growing in numbers with each passing day, for example, this week it generated 37.6 million streams on platforms such as Spotify, 8% more compared to last week’s amount.
In terms of audience (radio airplay), it generated 3.6 million, which is a growth of 132% compared to last week, the biggest gainer of the week. It’s also worth noticing that even though most songs that reach the #1 are huge radio hits, “We Don’t Talk About Bruno” has very little numbers compared to other hits, which means the song reached the #1 spot with sales and on-demand streams, with a big difference compared to the #2 song of the week.
When it comes to sales, it was purchased 13.600 times this week, 10% more compared to last week. It also received a trophy as the Billboard Top Sales Gainer for its sales between January 28th and February 3rd.
What’s your Reaction?
LOVE