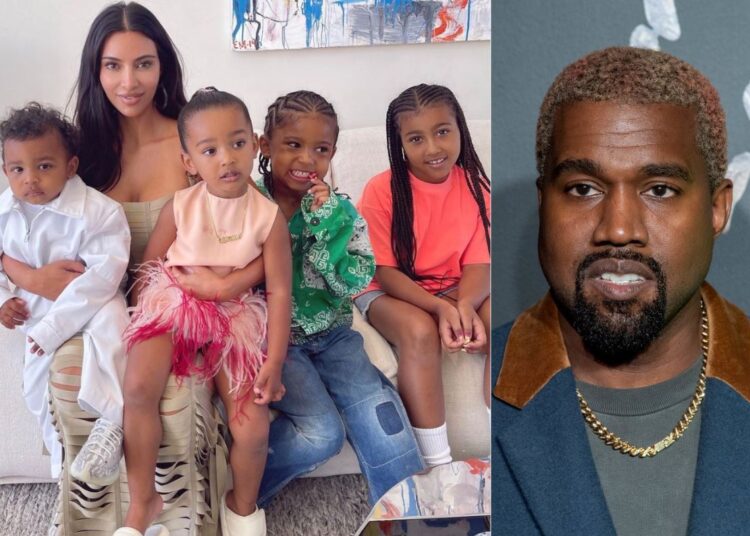 The problems between Kim Kardashian and Kanye West seem to have no end. After the rapper publicly claimed that her daughter is making videos on TikTok against her will, Kim Kardashian breaks her silence and responds to the constant attacks she has received from her ex.

Through Instagram, the rapper posted a screenshot of a North West TikTok on the account that she shares with her mom.

Above the caption of his post, he wrote in all caps: “GIVEN THAT THIS IS MY FIRST DIVORCE, DO I NEED TO KNOW WHAT I SHOULD DO TO GET MY DAUGHTER TO GET ON TIK TOK AGAINST MY WILL?”

Following the somewhat aggressive publication of the rapper, Kim responded with a statement through Instagram stories in which she said that the attacks she constantly receives from Kanye in his interviews and social networks are more painful than any TikTok that his daughter of 8 years could create.

You could also be interested in: Drake unfollowed Rihanna after announcing her pregnancy, he’s really upset.

And she continued to write in response to Kanye’s post: “As a father who is the primary provider and caretaker of our children, I am doing everything I can to protect our daughter while also allowing her to express her creativity in whatever medium she wishes with the adult supervision, because it brings her happiness.”

She then directly addressed how Kanye is manipulating the breakup narrative to make her look bad. “Divorce is hard enough on our children already and Kanye’s obsession with trying to control and manipulate our situation in such negative and public ways is only causing more pain for everyone.” 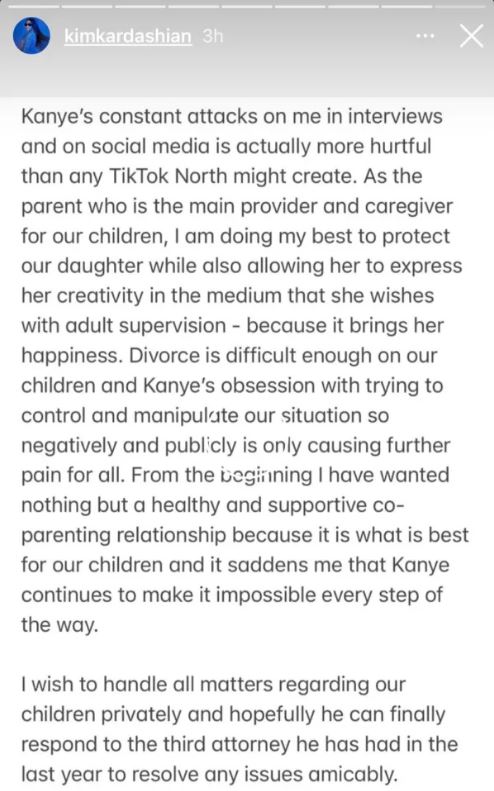 “From the beginning I have wanted nothing more than a healthy and supportive co-parenting relationship because it is what is best for our children and it saddens me that Kanye continues to make it impossible every step of the way.”

She ended her statement by saying that she hopes that her children’s issues can be dealt with in private and that she can respond to the third lawyer she has had in the last year to resolve any issues amicably.