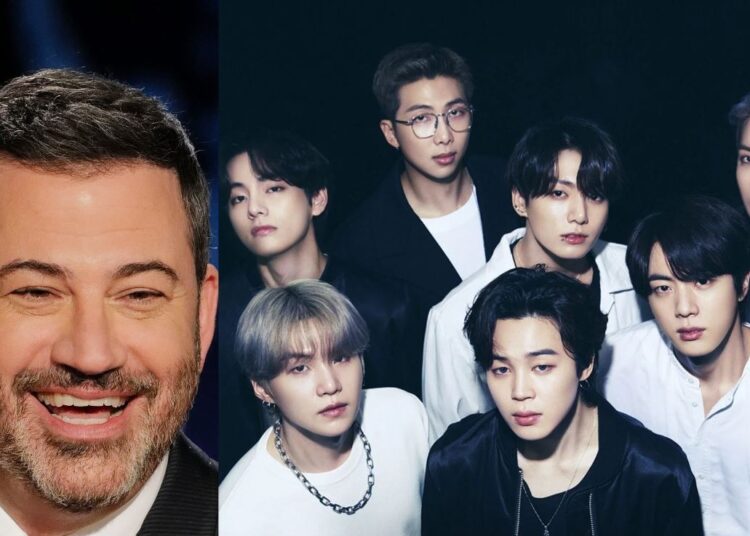 Recently, Jimmy Kimmel was the target of criticism from BTS fans, this because he compared the idols to the current global pandemic as part of a “joke” that for many was not funny, his comment was offensive.

But Jimmy Kimmel’s passive aggressive comments against BTS have not stopped and the worst thing is that this not only harms the group, but he is also being accused of racist.

You could also be interested in: BTS’ Jungkook has trouble falling asleep because his mind ‘won’t leave him alone’.

In his most recent program, Jimmy Kimmel had a little routine with jokes for his viewers, in this he made jokes about the disease that has caused the global health contingency and its variants. With his jokes, he again compared BTS to this disease and soon made reference to BTS even though he didn’t name them directly.

This is why the television host has not only been attacked by the BTS fandom, they also called him a racist for comparing him at a time when Asian Hate should be stopped, his jokes continue.

With the hashtag #JimmyKimmelRacist, many fans are exposing Jimmy Kimmel for his racist comments that are nothing new and his television station has even had to apologize in the past for the host’s jokes.