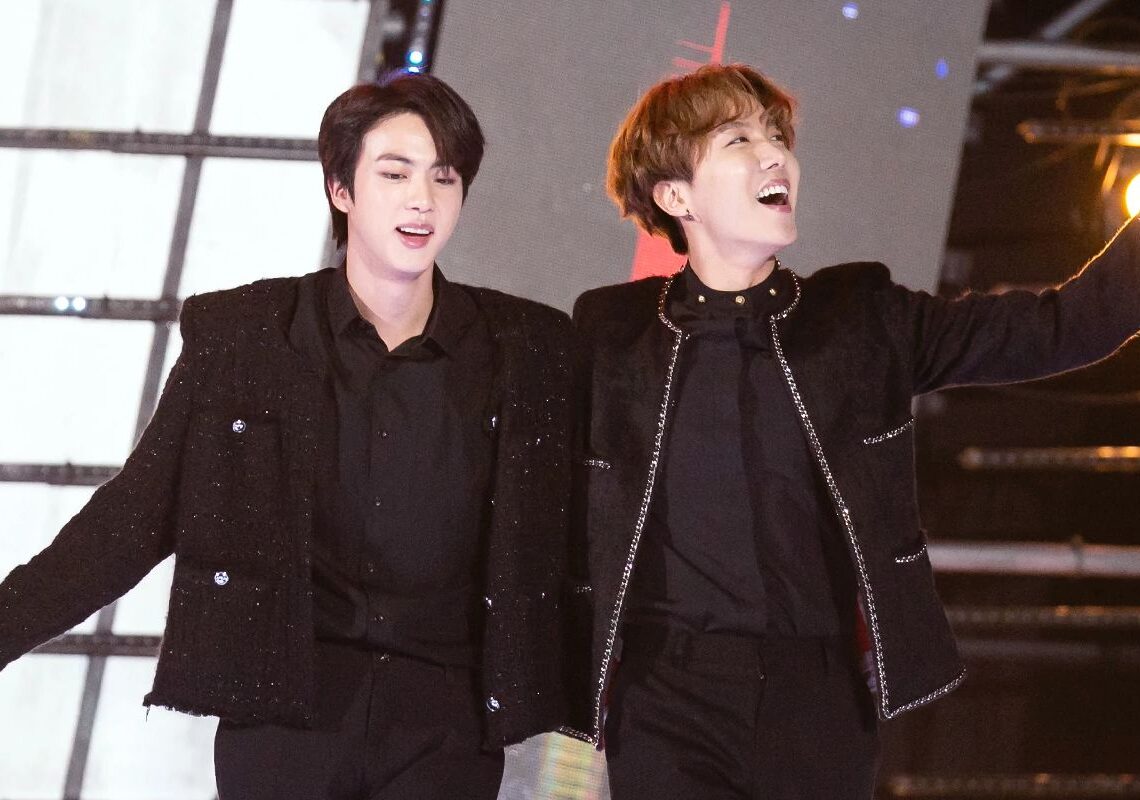 Each person has a phobia or is simply afraid of objects or paranormal things, as is the case with Jin and J-Hope. The artists share the same phobias and fears towards insects, but beyond the small animals, the idols also tend to be scared in different situations.

The members of BTS have proven more than once to be the most fearful of the group, and on more than one occasion they were scared more than the rest of the members of the South Korean band and even, in one of these moments, one of the two ended up on the floor due to fright.

In 2017, BTS visited ‘The Late Late Show‘ where James Corden tested the members with a game called ‘Flinch‘. The first to play were Jin and J-Hope, who stood behind a glass. When they got to the spot they were told, James asked RM if he thought they were going to freak out.

“They are the most cowardly of our group”, RM replied.

Hearing the gang leader’s words, Jin said “Coward? C’mon c’mon. I’m not afraid, you know?”, however, as he made his statement, a jet of water hit the glass, making Hobi drop to the ground and Seokjin just put her hands on his head.

During a BTS autograph signing, an ARMY gave J-Hope a gift, it was a ticket machine. When the bills began to come out, Jin, who was next to Hobi, was taking some selfies and was shocked and jumped at what suddenly happened.

On the Ellen Degeneres show, it became a tradition to scare guests with a surprise gift, however, it seems that no one noticed Jin and J-Hope. On that occasion, the boys were very seated in the program room, while they listened to the host.

Suddenly, a man in a blond wig came screaming out of a cardboard box. Although everyone was scared, J-Hope was very shocked that he ended up on the floor because of his jump, while Jin was seen a little shaken by fright.

BTS’S REACTIONS WHEN THEY GOT SCARED ON ELLEN STILL SENDS ME DHDHJSKD pic.twitter.com/cO3Bgc7SwK