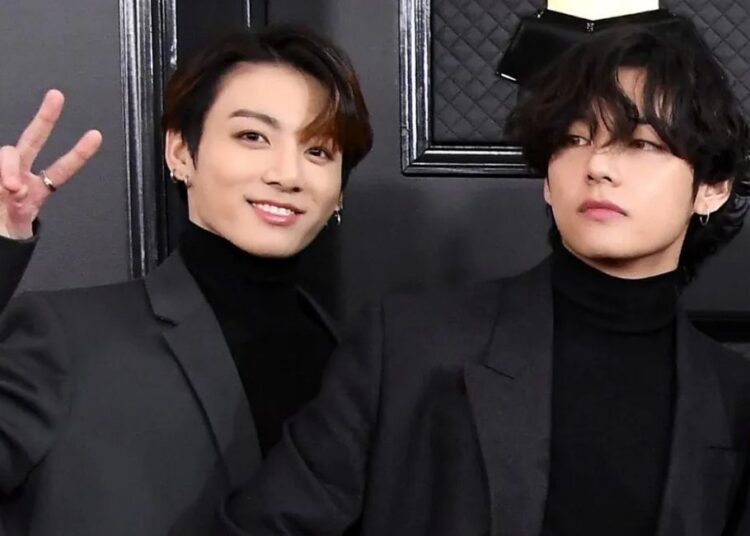 Recently, V and Jungkook joked about boxing on Instagram, causing their fans to want to see them practice boxing together. On January 26, Jungkook shared a video reel showing a part of his boxing training. The idol shows that he masters his movements at high speed and is even good at dodging “punches”.

Hours after the publication, V’s comments appeared. In the first comment, Taehyung makes a request to the Golden Maknae that they soon do a sparring together, that is, that one of the two be the other’s boxing coach.

“Let’s spar with me soon” he begins.

“The hook uses the waist a little bit, and the upper moves the center of gravity from left to right a little more” adds the idol.

J-Hope then joined the conversation by asking V, “are you okay? LOL” Jungkook quickly answered the requests of his BTS partner by telling him that “at any time”

“Because I’m Adesanya style, I don’t give distance and take a tight river shot with my feet lol“, adds challenger V.

“Everyone has a plan“, Jungkook wrote.

It seemed that Taehyung didn’t get the answer he expected, so he commented to the Golden Maknae:

Jungkook replied
?you’re being cheeeeeeky~
(*he wrote it in a cute playful way)
*까불다 means to play or fool around/getting wise with someone/pressing your luck etc but it has a light, playful tone to it) pic.twitter.com/b6WzHkLh5B

Some ARMYs pointed out that probably his message where he asked Jungkook why he had not said what came next, is a reference to a phrase by boxer Mike Tyson, which says: “everyone has a plan until they get hit in the mouth”.

This is the new nickname that Jungkook of BTS has earned