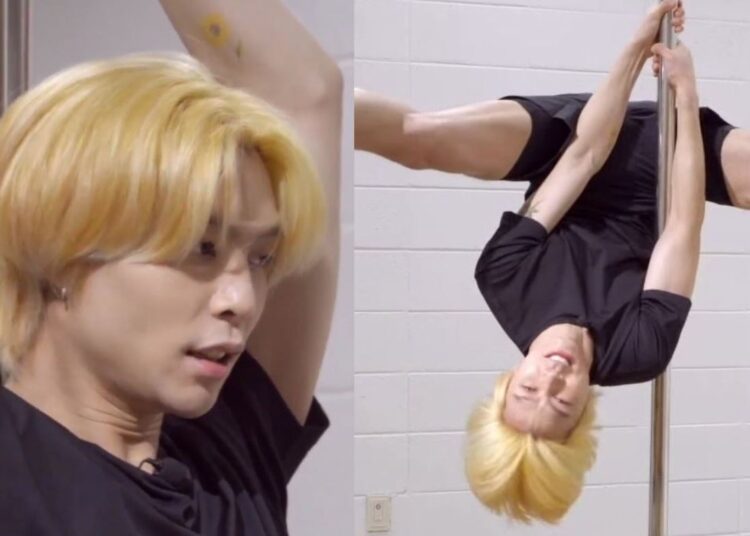 Johnny pole dances! The NCT member developed his skills in this type of dance. At only 26 years old, he has built a great career in K-Pop with his group, and in his facet as a Youtuber, he published a new video that went viral among his fans.
C

Recently, subunit NCT 127 was crowned with the Daesang at the Seoul Music Awards, the highest award for any artist, being the first of their career. Six years after their debut, the idols thanked their fans for their support and celebrated on their social media.

The group’s name trended again this Wednesday, now thanks to Johnny. The idol has his own YouTube vlog called “Johnny Communication Center“, where he shows his lifestyle, rehearsals, dates, his life in the bedroom and much more.

In his most recent episode, Johnny pole danced and surprised his fans with his pole dancing skills. The video already has more than 300,000 views and has become a trend on social networks, as it takes a lot of strength in the legs and arms to be able to hold on to the tube.

Apparently, it was the first time that Johnny practiced this activity with an instructor, but his movements seemed like a professional and the fans who perform this activity assured that it takes a lot to achieve pole dance. NCTzen even made a request for the idol to perform this dance at NCT’s concerts.