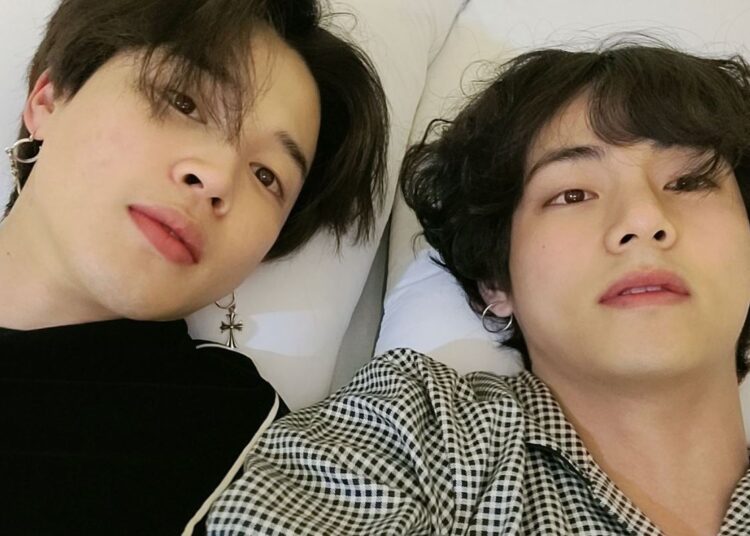 During a recent meeting, the boys of BTS revealed their reaction to their first #1 in the United States. “Dynamite” was the song that took the boys to the podium of the Billboard Hot 100, by now it has become a modern classic, one of the best-selling songs worldwide during the last decade.

But this was not always the case, the boys worked hard with their first premiere completely in English, they promoted the song endlessly with the support of their fans and finally they succeeded, Dynamite managed to be # 1 in the United States.

This took BTS’s career to another level, they were no longer just another K-pop group, now they were also competing with the most popular artists in the United States.

You could also be interested in: Stray Kids’ Felix reveals he is not the same and his personality has changed.

When Jimin and V found out about the achievement, they cried and fell asleep together comforting their tears of happiness. Taehyung confessed:

“I asked Jimin to go to sleep in my room while crying, but when I heard him cry even harder, I asked him why and he replied ‘Taehyung we made it’, so I hugged him and we started crying together.”

In social networks, the fans better known as ARMY, also remembered the milestone they achieved with their favorite group, a fan declared:

“I still remember it, it was very nice since we all made an effort to achieve it, I remember that at the beginning they said that we had not achieved the goals and I felt a little sad, but then the real results came out and I was very happy.”