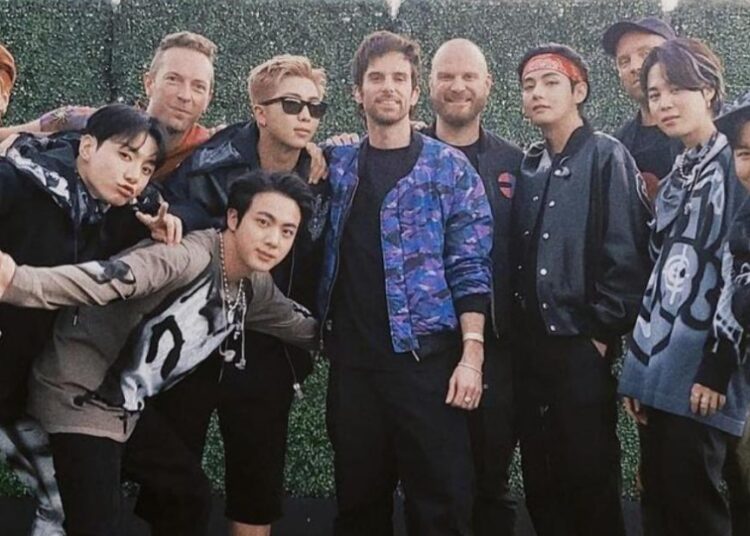 Chris Martin talks about how his association with BTS came about

It’s been a few months since “My Universe”  took over the charts, but it looks like the friendship between Coldplay and BTS is still going strong. This Wednesday, January 26th, Chris Martin, lead singer of the British band, returned to talk about the partnership with the boys of the K-Pop group, during his participation in the show “The Ellen DeGeneres Show”.

In a new teaser of his participation in the attraction, Martin declared himself to the boygroup. In the video, the singer explains that the collaboration came about because someone told him that BTS had revealed a desire to share vocals on a song with Coldplay. And there was no other: success!

“At the time, I thought, ‘This is never going to work. How are we going to fit these two things together?’ But the idea began to look really appealing in its strangeness. And then one day the right song came along and I knew right away, ‘OK, this is the song I should do with BTS and it’s about people who can’t be together or are forced to live in separate places.’ So it felt very natural”.

It was then that he went on to say how magical the encounter was. “We love them. For something that could’ve seem so artificial, it turned out to be one of the most real feelings. We genuinely love those people”, said the 44-year-old singer.

You may also like: Mandy Moore bets on Olivia Rodrigo for ‘A Walk to Remember’ reboot

Released in September 2021, the track hit #1 on the Billboard Hot 100, marking BTS’s third #1 of the year, following the hits “Butter” and “Permission to Dance” The collaboration was Coldplay’s second song to top the chart, following 2008’s “Viva La Vida“.