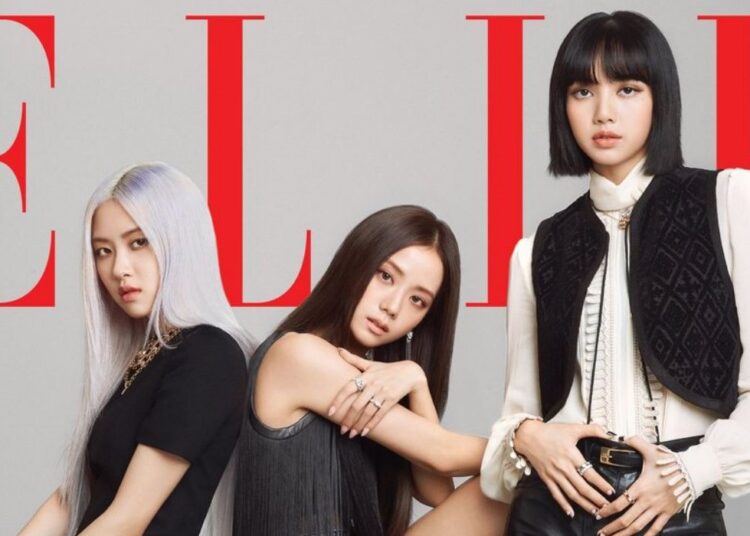 In recent months, Jisoo shines in her role as an actress. The BLACKPINK member is starring in the drama Snowdrop, and just like BLINK, her girl bandmates have been keeping an eye on the story. How did they react to seeing Jisoo’s kiss in episode 11?

The answer to that question came on January 25, during a VLive broadcast started by Jisoo and Lisa and later joined by Rosé and Jennie.

The Thai member is an avid fan of K-dramas, so the entire fandom was waiting for her opinion on her friend’s romantic scene. It should be remembered that, in the first chapter of Snowdrop, the interpreter of “Money” reacted with an emotional scream that went viral.

“Lisa, did you see the kiss scene?” They asked in comments.

“Yes, I saw it!” the artist answered, and then asked Jisoo to give spoilers about whether there will be more moments like this in the drama.

“No, (spoilers) never. Look forward to finding out on the broadcast”, the idol actress replied.

Lisa confessed that she recorded the entire Young Ro and Soo Ho scene on her phone and she was anxious while she waited. “When will it happen? Just do it. Stop drinking coffee!” was what she thought as she watched the series. Rosé also joined the topic and gave her opinion to the laughter of her classmates.

You may also like: BLACKPINK’s Jisoo reveals details of her solo debut

“I think it didn’t look like a kiss, it was just a ‘little peck’” Rosé commented.

“It was just this” Lisa described, as she gestured with her hands at the joining of her lips.

it's super cute to see Lisa and Rosé teasing Jisoo about the kiss ?? pic.twitter.com/Ek1fYImlPR

Snowdrop advanced its end and now chapter 16 will be seen on Sunday, January 30. That day it will be known if Jisoo’s character will have a happy ending after so much tragedy in history.

HYBE under fire for excessive prices in new BTS merch