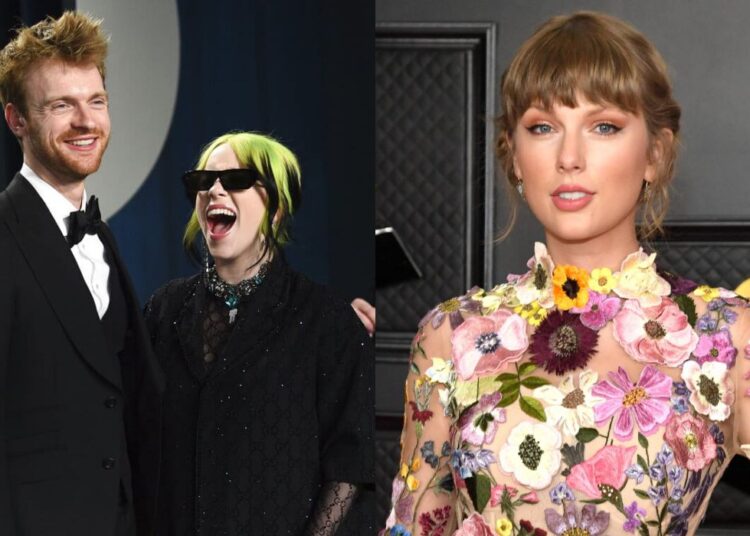 Finneas is, in addition to Billie Eilish‘s brother, a great producer and her biggest musical partner. Responding to an Instagram “question box”, the musician spoke about an embarrassing moment he experienced at a birthday party hosted by Taylor Swift.

A fan asked the singer about his “Your most embarrassing moment” and he recalled an incident with the “All Too Well” owner.

“I said ‘thanks for coming’ to Taylor Swift at her own birthday party”, he said.

“Meant to say ‘thanks for inviting me’ or whatever, obviously“

📲 | @finneas revealed via an Instagram Q&A that his most embarrassing moment was when he said “thanks for coming” to Taylor Swift at her own birthday party pic.twitter.com/y6kPz2JzhY

In other related news, everything seems to indicate that the songs of heartbreak will remain in the past for Taylor Swift, as the rumors that indicate a commitment to the British actor Joe Alwyn with whom she has been dating for six years are getting stronger.

The rumors began after the interpreter of “Evermore” traveled from New York to England to spend a romantic weekend with Joe Alwyn in Cornwall, a place that would witness one of the most important moments in the lives of the celebrities, their engagement.

You may also like: Bruno Mars and Anderson .Paak announce extra dates for their Vegas residency after high demand

International media, such as The Sun, reported that the singer traveled by private plane and stayed three days in a house located in St. Ives with her boyfriend, and then returned to the United States and continued with her work schedule.

It has also been pointed out that during the confinement due to the pandemic, the relationship between the singer and the actor became more serious, as this led him to live together during this time and allowed them to get to know each other better.