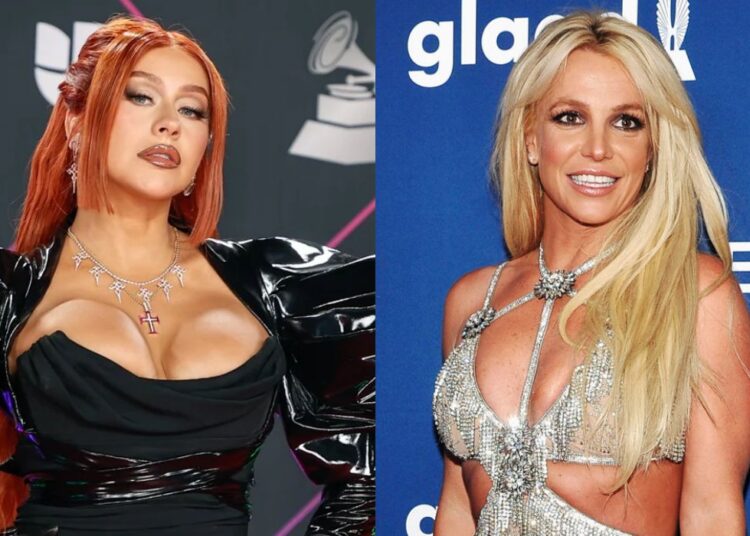 Britney Spears even got pretty upset when Christina Aguilera avoided talking about the case with her guardianship in an interview in November last year. “I love and adore everyone who supported me… But refusing to speak when you know the truth is tantamount to lying!!!“, wrote the princess of pop.

However, in an interview given this Friday, January 21th, Christina Aguilera finally spoke more deeply about Britney Spears. She doesn’t hide that she wasn’t close to Britney during this whole process, but that she would if she had to.

“I’ve always been open to that. This is a subject I definitely want to be careful about because I never want to speak without authority about someone I have so much respect and admiration for. But I’m really happy, I’ll just say what I’m comfortable saying. And like I said before, I couldn’t be happier for her, every woman deserves to feel empowered and belong in their own right“.

Aguilera recalls that the two grew up together in the entertainment industry, they both started out as kids in “Mickey Club”:

You may also like: Adele announces postponement of her Las Vegas residency

“Growing up in this industry can be pretty crazy and if anyone understands that back then it will definitely be her and me. I’ll always be here if she wants to. What I love is being able to connect with that and with another woman, it’s so important now, more than ever, so we always feel together“.

Would now Britney Spears be happier with the answer? For sure Xtina showed a lot of support!

Mnet talks about the voting manipulation in ‘Produce series’

HYBE sues everything about BTS that is not copyrighted