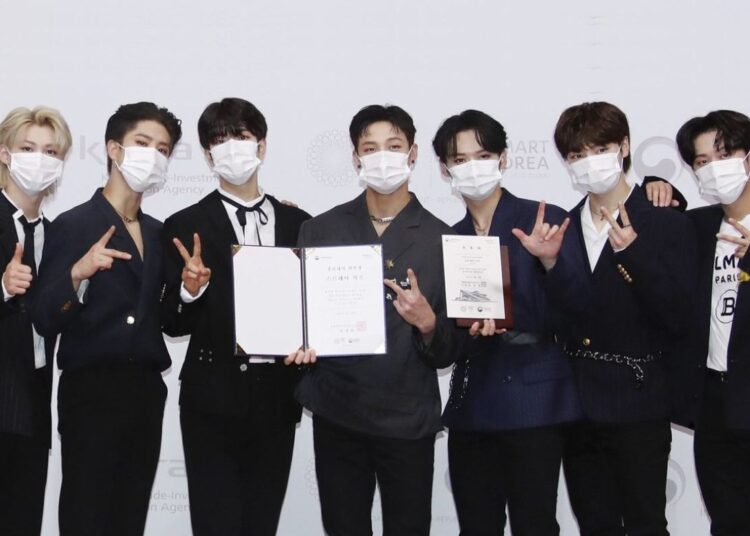 Stray Kids makes their fans proud with their participation in the EXPO Dubai 2020. Prior to the k-pop festival that took place on the night of January 16, the eight-member group was selected to perform at the official ceremony.

This event was attended by important authorities and the South Korean president, Moon Jae. The ceremony was broadcast live on the official website of EXPO Dubai and revealed the exhibition of cultural samples from the Asian country.

The audience was treated to a traditional dance delegation, taekwondo athletes, and the ensemble consisting of Bang Chan, Lee Know, Changbin, Hyunjin, Han, Felix, Seungmin, and I.N as representatives of K-pop.

You could also be interested in: Fans reported missing in Stray Kids and Chungha concert in Saudi Arabia.

“Thunderous,” a song that fuses traditional Korean elements with modern sounds, was the ideal piece that brought everyone together. At the end of the performance, the president of South Korea and the first lady approached the artists to congratulate them.

BTS: RM wants Jimin to be his sister’s boyfriend, knows why