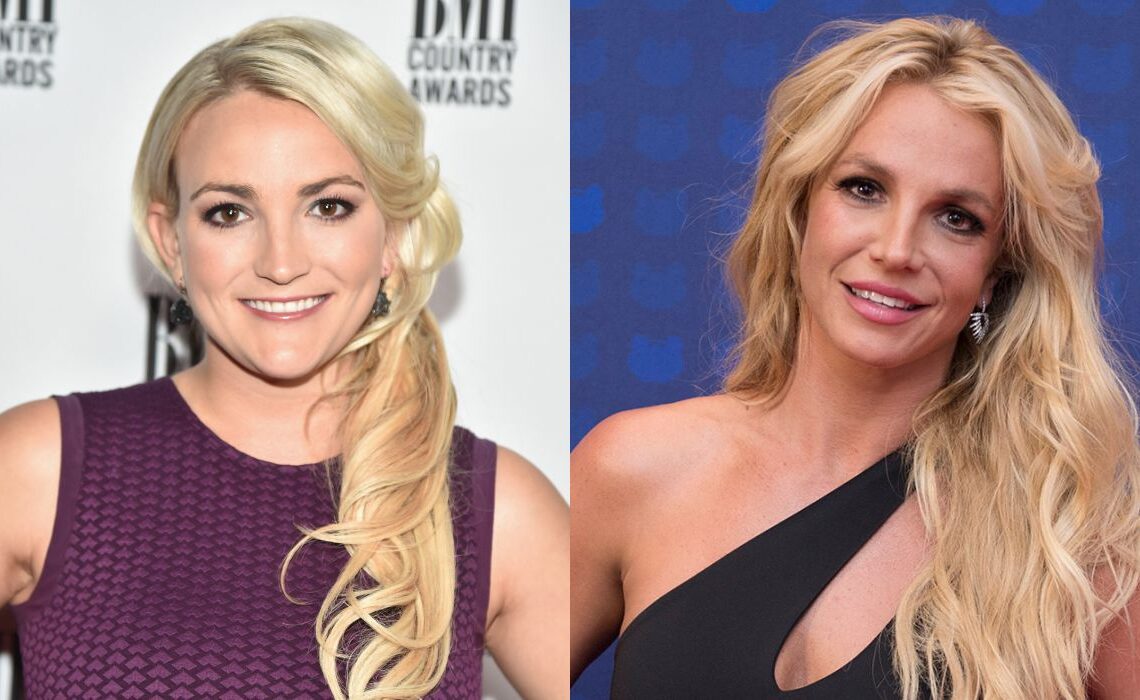 Jamie Lynn responds to Britney Spears’ accusations of lying about her

Britney Spears‘ situation with her family is not at all good and this is nothing new. The current main target of the troubles is Jamie Lynn, her younger sister. An exchange of public accusations is going on and it’s getting more and more heavy!

Jamie is promoting her book “Things I Should Have Said”, which has a lot about Britney Spears. To boost the promotion, she gave an interview to Good Morning America and ended up saying things that Britney didn’t like at all.

Britney then wrote a long open letter of reply. She was visibly angry and criticized her sister. Now there’s a rejoinder! Jamie Lynn Spears claimed that what Britney said is not true. Because of this public confusion, she is even receiving death threats.

You may also like: Britney Spears exposes her sister Jamie Lynn for profit “at her expense” saying lies and playing the victim

“The last thing I want to do is this, but here we are… It’s hard to see these posts because I know the world feels it too. I just wish her well. Brit, I’m always here, you know behind the scenes I’ve always been here. It becomes tiresome when the conversations and texts we have in private do not match what you post on social networks. I know you’re going through a lot and I never want to let it go, but I can’t let myself down either.

Frankly, the things that are being said are absolutely not the truth, and I have to clarify this because it is now getting harder for my oldest daughter to explain why our family continues to receive death threats as a result of the vague and accusatory messages. , especially when we know she could tell the truth and end it all in a second if she wanted to.

Sadly, after a lifetime of silence, I’ve come to realize that this is not going to be a reality, and I may have to clear things up myself to protect my well-being and that of my family.

That said, I hate to burst my sister’s bubble, but my book isn’t about her. I can’t help but be born Spears, and that some of my experiences involve my sister. I’ve worked hard since before I was a teenager and built my career despite just being someone’s little sister.

There are no sides, and I don’t want drama, but I’m speaking my truth to heal my traumas so I can close this chapter and move on, and I wish my sister could do the same. No matter what, I will always love my big sister and be here for her. It’s time to end the sick chaos that has controlled my life for so long.” 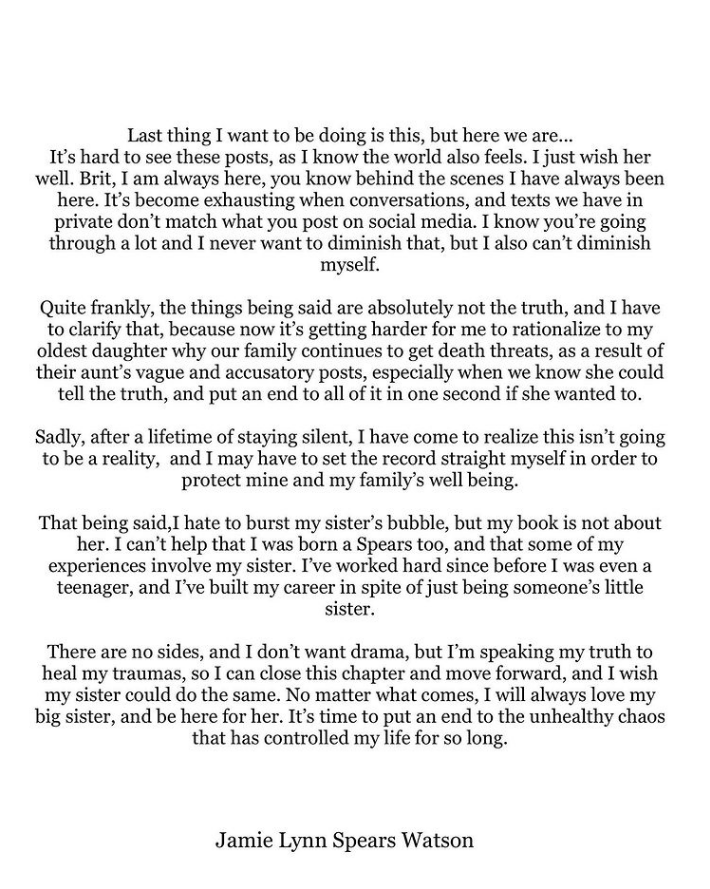