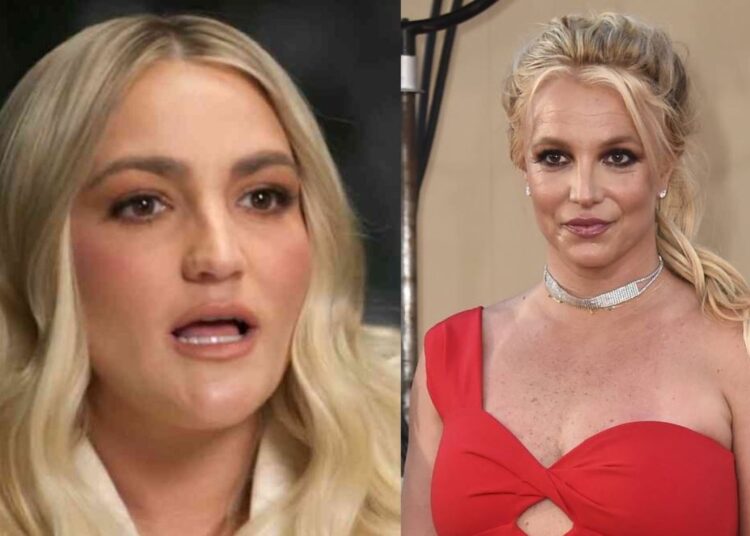 Through a long message on Twitter, Britney Spears severely criticized the statements made by her younger sister, Jamie Lynn, when promoting her memoir titled ‘Things I Should Have Said‘ on this Wednesday’s during a ‘Good Morning America’ interview, in which, according to the artist, she made controversial comments to sell more books.

In her message, the pop star denied the claims of Jamie Lynn, who assured that her behavior, before being put under the conservatorship of her father, was “erratic, paranoid and spiraling“, and even pointed out that on some occasion she ended locked in the same room with Britney, while she threatened her with a knife.

“My sister said my behavior was out of control. She was never close to me at the time, 15 years ago…. So why are they talking about it unless she wants to sell a book at my expense?” Britney Spears commented.

You could also be interested in: SHINee’s Taemin faces clinical diagnosis of depression and anxiety disorder.

Britney had previously commented that she was annoyed that her sister used her name for profit and that she considers that she has never had to make an effort. “I know it might sound silly to most people, but I wrote a lot of my songs and my sister was a baby. She never had to work for anything. She was always given everything!”

“So yeah, they ruined my dreams… My family always loves to bring me down and hurt me, so I’m upset with them… I hope your book does well, Jamie Lynn.” said Britney about her sister’s “crazy” behavior during the interview.

“I watched the interview with a fever, and it was actually a good thing to have such a high temperature because I had to give in to not caring,” the artist explained. “The lesson learned from all this is not to trust people or anyone, make your cats and dogs your family and take care of yourself,” the singer concluded in another comment.

BTS: Argentine mother names her baby as Jeon Jungkook and is showered with positive and negative comments