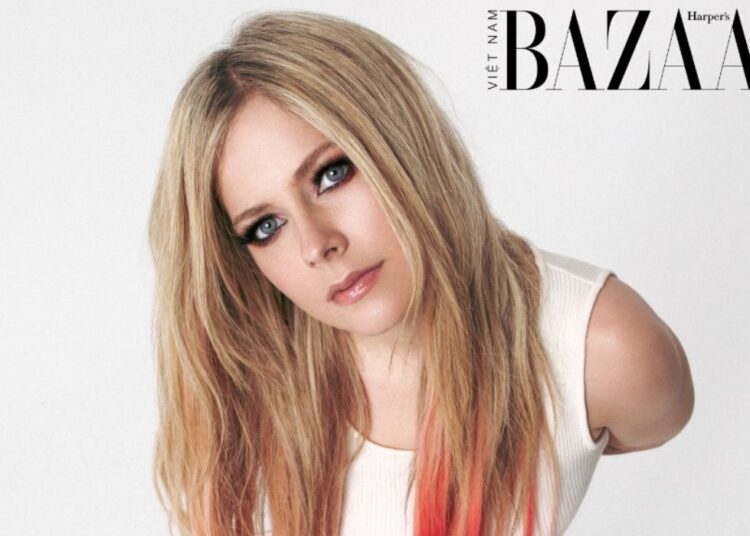 Avril Lavigne took fans by surprise by releasing many news from her new album, titled “Love Sux”, this Wednesday, January 12th. In addition to the cover, in which she appears beautiful, the star has made available the pre-save of the album, where you can check the complete tracklist and the release date, February 25th!

With 12 tracks, the album, which has “Bite Me” as its first single, takes Avril back to the rock roots of Avril, who dominated the pop punk scene of the 2000s. And the news does not stop there. In addition to everything, the blonde also announced the second single from the album.

After arousing the curiosity of the fans, Avril Lavigne announced, also this Wednesday, that her new single, the second of the new era, will be in partnership with the singer Blackbear. The track, titled “Love It When You Hate Me” will be released this Friday,14th.

“Love It When You Hate Me” ft. @iamblackbear is out Friday and is the next song off my new album “LOVE SUX” dropping 2.25! Pre-save my new song and the album now!

With that, the participation of Blackbear, Machine Gun Kelly and Mark Hoppus confirmed. through the tracks. Check out the order and title of the tracks on Avril Lavigne’s new album:

Previously, Lavigne delivered that the seventh album will have a sound that refers to what she heard as a teenager, when she still lived in a small town in Canada. In an interview with Entertainment Weekly, Avril Lavigne stated:

“I really went back to the sound that I was originally influenced by early in my career. At my core, I’m a small-town girl who listened to bands like Blink-182 and Green Day and NOFX in high school, and I explored that.“

5 Seconds of Summer sued for $ 2.5 Million by former agency

Avril Lavigne forecasts single for next week alongside new label

BTS: V and Jimin fought for the love of ARMY for this reason