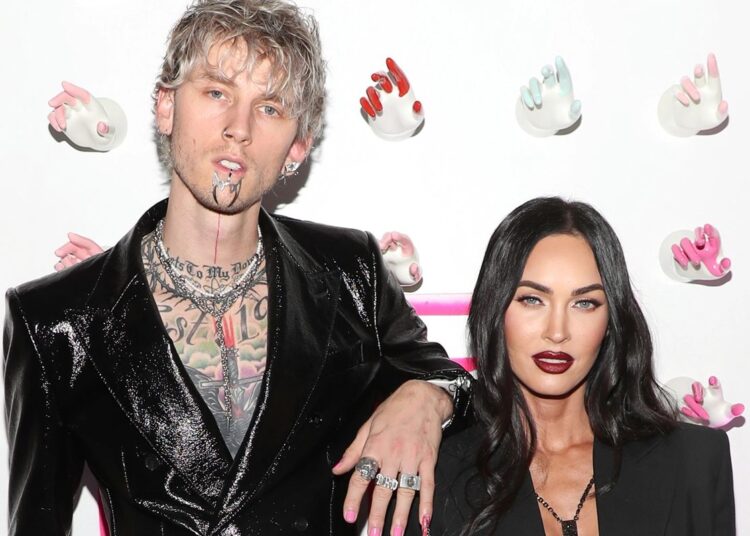 Actress Megan Fox used her social media on Wednesday, January 12th, to share a very important milestone in her relationship with singer Machine Gun Kelly, she was asked to marry him! However, in the caption of the video, where we can see the exact moment of the proposal, the American made a revelation at the very least shocking; they have already drunk each other’s blood!

The special “toast” happened shortly after Megan accepted the proposal. Are the two fans of “Twilight” or some other vampire movie? Check out the translation of the caption below:

Megan Fox says she and Machine Gun Kelly drank each other’s blood after he proposed to her. pic.twitter.com/IdspZmViGZ

“We asked for magic

We were oblivious to the pain we would face together in such a short, frenetic period of time.
Unaware of the work and sacrifices the relationship would require from us but intoxicated off of the love. And the karma.

Somehow a year and a half later, having walked through hell together, and having laughed more than I ever imagined possible, he asked me to marry him.

…and then we drank each other’s blood

You may also like: Jake Gyllenhaal remembers Taylor Swift with “Red” photoshoot

On his Instagram, MGK also made a special post about the proposal. He shared a short video where we can see the ring he gave to Megan. Check out:

In the caption, the artist wrote:

“yes, in this life and every life”💍 beneath the same branches we fell in love under, i brought her back to ask her to marry me. i know tradition is one ring, but i designed it with Stephen Webster to be two: the emerald (her birth stone) and the diamond (my birth stone) set on two magnetic bands of thorns that draw together as two halves of the same soul forming the obscure heart that is our love. 1-11-2022 ✨“

BLACKPINK’s Lisa will come back to ‘Youth With You’