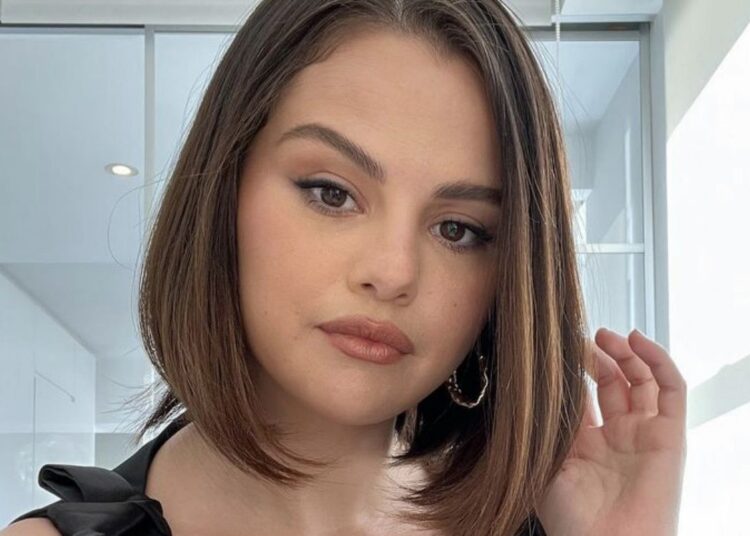 Selena Gomez worked hard on Monday, january 10th, when she answered the press to talk about the movie, “Hotel Transylvania: Transformania”, in which she represents the character Mavis. She produced herself all and took the opportunity to show a new look. She has much shorter hair than normal and has opted for straight hair.

🎥 Selena Gomez's interview for "Live with Kelly and Ryan Seacrest", was made available on YouTube in three different videos. Watch: pic.twitter.com/iCVcPvL1kC

One of the commitments was to give a video interview to the TV show “Live with Kelly and Ryan”. There, she explained the meaning of her new tattoo, a large watercolor-style rose. She said she was inspired by friend Cara Delevingne.

“It means a few different things”, the singer said of her new tattoo, explaining that it has a lot to do with her friend.

“She calls me Rosebud, so it’s a nickname. And I always wanted a rose and now I have one, and I love it”.

You may also like: John Legend sells music catalog to BMG and KKR

It is estimated that Selena Gomez has 17 tattoos (adding the new one), at least in visible places. It’s usually small words or drawings, nothing as big as the new one. The first she ever made was a musical note on her wrist. She explained the reason, which is clear: “Music is a big influence in my life”.

She also has the number 76 in Roman numerals on the back of her neck. She has “God Who Strengthens Me” written on her right thigh, a letter G on her neck to honor her sister (Gracie). Another is “Love Yourself First” written in Arabic in the upper right corner of her back. These are just a few examples, but she loves a tattoo!