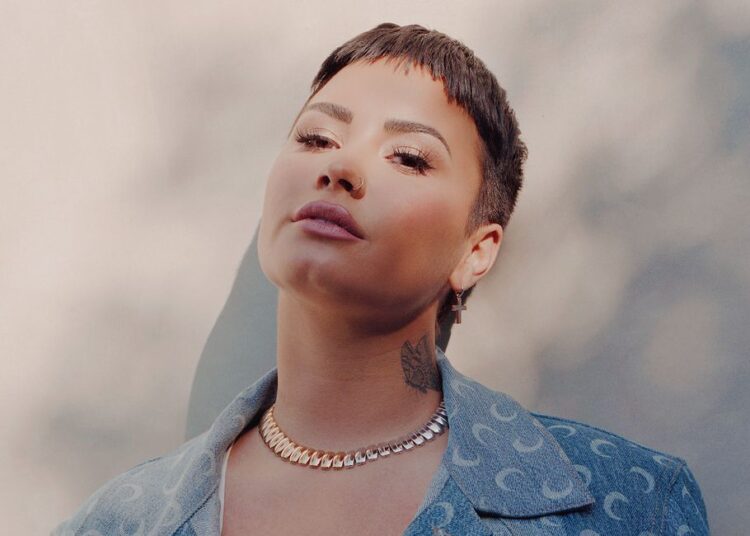 Demi Lovato shared the first photo of her new tattoo and caught the attention of her followers for the design in an unusual place. The artist tattooed a spider on the side of their head, which is currently shaved.

The announcement was made this Saturday, January 8th, by the prestigious tattoo artist Doctor Woo in Los Angeles. Demi called on her hairdresser to “fix” her hair after the session. Check out the images shared by Lovato on social media:

You may also like: Netizens claim new The Weeknd song talks about love affair with Ariana Grande

In other related news, Demi completed another stint in rehab recently. According to Page Six, they spent a period in treatment in Utah, but is now back home and “doing well“. The star’s return to rehab came after they told fans being “sober in California” which means drinking alcohol and smoking weed, didn’t work anymore.

“I don’t support my ‘sober California’ ways anymore” Demi wrote on her Instagram in early December.

“Sober Sober is the only way to be”, they continued.

In the final days of 2021, Lovato surprised her fans by appearing with her head shaved, debuting a new look. On that occasion, some followers realized that Demi was possibly in a rehab house.

Demi has struggled with drug addictions and eating disorders from a very young age. Lovato’s first hospitalization became public in 2010, when she interrupted a tour she was doing with the Jonas Brothers to treat her health problems and addictions. In 2018, Demi had three strokes and a heart attack after a drug overdose.

Why did Tokopedia delete BLACKPINK’s videos? Fans are worried