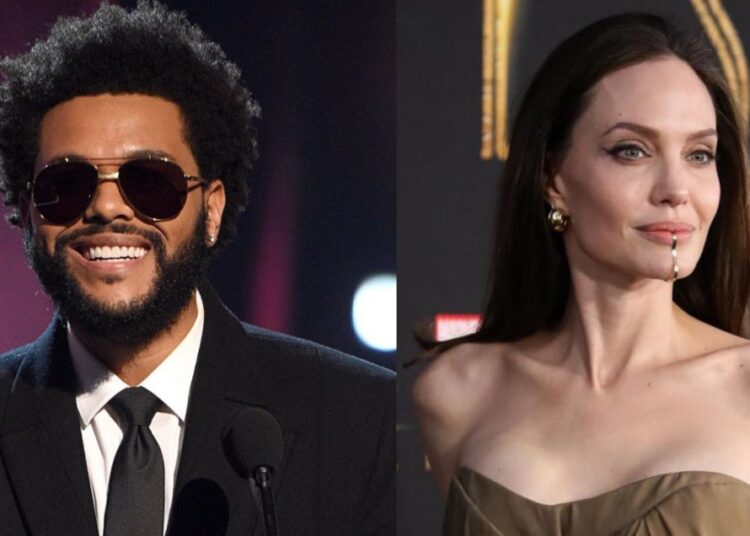 The Weeknd‘s new album arrived on audio platforms this Friday, December 7th. After the success of “After Hours” (2020), the pop star bet on the compilation “Dawn FM”, with appearances ranging from Jim Carrey to Lil Wayne.

On one of the album’s most anticipated tracks, “Here We Go… Again“, the star sings about being in love with a movie star, which has fans thinking he’s talking about an alleged relationship with actress Angelina Jolie.

In July 2021, the movie star was photographed leaving the Giorgio Baldi restaurant after having dinner with the musician. At the time, the tabloids differed on the reason for the meeting.

While some sites were betting on an affair, other publications claimed that the dinner was about professional matters.

You may also like: Shawn Mendes and Camila Cabello spotted together after split

The Weeknd and Jolie were photographed together on other occasions after their date. In his new partnership with Tyler, The Creator, Abel sings: