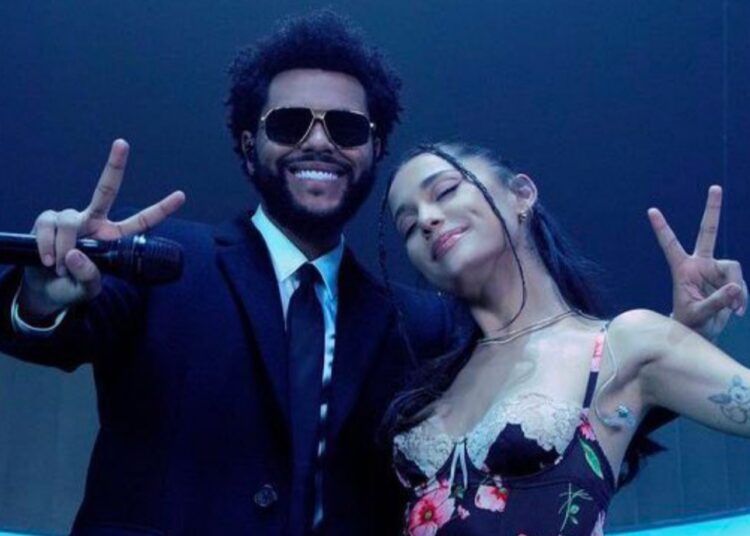 For the song called “I Heard You’re Married” that is the last one on his latest album “Dawn FM“, The weeknd sings about being on an “affair” with a married woman. Rumors indicate that it is about Ariana Grande, do you want to know why?

“It hurts to think I’m sharin’ you” she sings in the first verse.

To analyze who is the song about, you may think of The Weeknd’s two highest-profile exes, Bella Hadid and Selena Gomez, but they’re not married. That opens the door to some speculation about other women Weeknd might have been involved with… including Grande.

It is said that the following line “You manifested this, but girl, I blame myself” could be a reference to Grande’s position song “like magic“, which also plays the manifestation saying “good karma“.

This is where things get fuzzier. Some fans have latched onto other “Dawn FM” lyrics as references to Grande, but not all review them. On the album’s first song proper, “Gasoline,” for example, The Weeknd sings, “I’m falling asleep with R.E.M. / I’m trying not to lose faith”. And of course, Grande has a song and a beauty line called “r.e.m.”.

Elsewhere, in the song “Here We Go … Again”, The Weeknd addresses an ex who is with a new and less famous man. “Your girlfriend’s tryna pair you with somebody more famous / But instead you ended up with someone so basic, faceless”, he sings. It is related with Grande for being married to Dalton Gomez, a not famous real estate agent, and working.

The pop star did not congratulate his supposed friend on the launch of his new album on social networks. But contrary to some recent reports, the artist did not unfollow him on Instagram. Moreover, she is no longer a user on Twitter.

This could possibly be about his song“I Heard You’re Married” ? pic.twitter.com/FgwvoGiy5B

I Heard you’re Married by The Weeknd ? , Ariana i see u ? pic.twitter.com/qjP0hAe5Bw