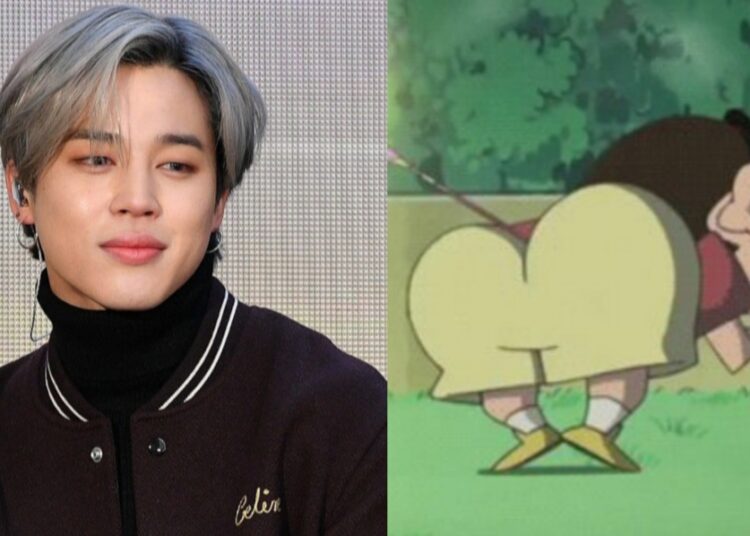 Have you ever noticed BTS‘ Jimin‘s endowments? He made a joke about it himself. This Tuesday, December 28th, a behind-the-scenes video was released where Jimin and Jungkook were running along the beach for a photo shoot. When Jimin saw the result of the images, he laughed and joked:

Maybe the name of the character won’t tell you anything, but this is a famous Korean cartoon from the 90s where the character really had a big butt. The animation is based on a 5-year-old boy on a daily search for him to annoy his parents and his little sister. His characteristic mocking move is showing his butt, sometimes without pants.

Jimin’s fans, in fact, have already realized that he really does have a great butt and he has a photo to prove it!

You may also like: BTS’ V is noticed for his crush, do you know who she is?

In other related news, BTS fans had a shock when it was announced that the member Suga has covid-19. Soon after, RM and Jin also tested positive. Of course, everyone was very concerned. After all, Covid-19 is a disease that can vary greatly from one person to another. If some are asymptomatic and have mild symptoms, others are left with serious conditions, even death.

SUGA, however, has emphasized using his Weverse social network to reassure fans that he is okay. Look what he said: