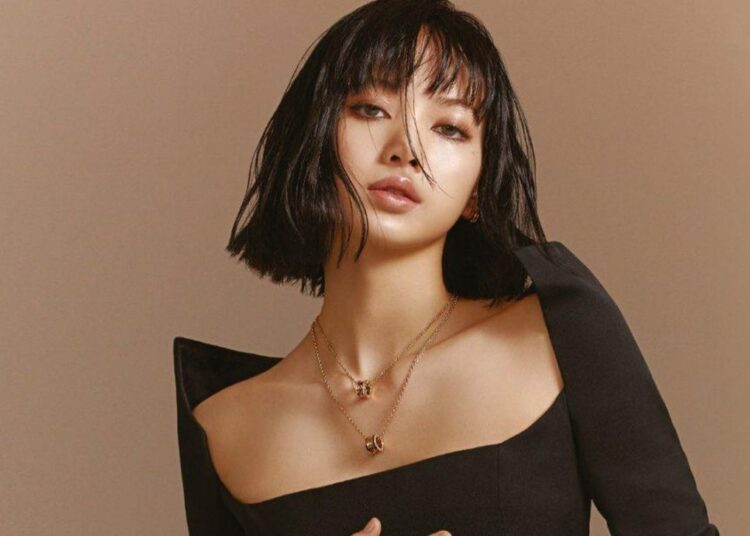 BLACKPINK‘s Lisa leads TC Candler’s ranking of “100 Most Beautiful Faces” with personalities from around the world released this Wednesday, December 29th. Besides her, names of Twice and MOMOLAND appear in the list.

The member of BLACKPINK was the most voted among independent critics and took the first place in the ranking of beauty after taking the vice-leadership the previous year. This is Lisa’s sixth year on the list.

Check out the TOP10:

The list of the most beautiful faces in the world is available in a video posted on TC Candler‘s YouTube channel. Names like Natalie Portman, Bella Poarch, Selena Gomez, Ariana Grande, Lupita Nyong’o, Rosé and Gal Gadot appear in the rankings.

You may also like: Jimin compares himself to a character with a big butt

In other related news, Lisa, from BLACKPINK , has a lot to celebrate, after all 2021 was the most important year of her career so far. This Wednesday, December 22th, the singer received two commemorative plaques that attest to the success of her solo single “LALISA” at Hanteo, music chart responsible for accounting for single and album sales in South Korea.

Officially released in September, the song achieved excellent results and led the Thai artist to sell over 500,000 copies and have the highest sales in a first week in the chart’s history.

The singer shared an image in which she appears holding two sales certificates, “New Record” and “Gold Certificate”. The awards are the result of a week of record-breaking debut for a female artist, with more than 730 thousand copies sold.