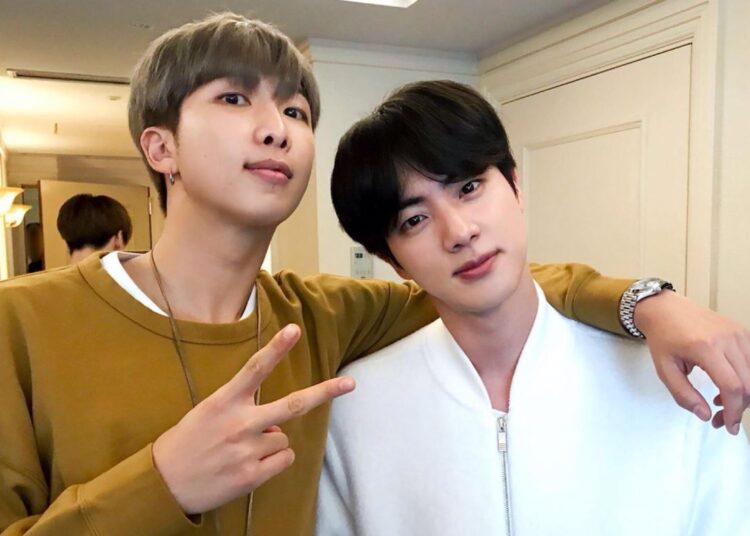 In the statement issued in the middle of Christmas, the company assures that the Bangtan leader tested positive at the end of his mandatory quarantine that he had to take after he returned to South Korea on December 17th.

In the first test that the leader gave him, he was negative, however in the test that could lead him out of quarantine RM he tested positive. As for BTS’ hyung, Jin returned to Korea on December 6th, underwent routine tests upon his arrival and upon his departure from the mandatory restrictions imposed by his country, both came out negative.

You could also be interested in: Love lessons and tips to avoid jealousy taught by TXT’s Soobin.

However, Seokjin began to feel flu-like symptoms and decided to take a PCR test where he came back positive. Namjoon reported that he had no symptoms of the disease while Jin did.

The singer commented that he has mild symptoms and fever, he will have treatment at home. Big Hit also announced that they both completed their second round of vaccinations in late August and are home self-treating.

Jimin saddens ARMY by begging them to wait for BTS