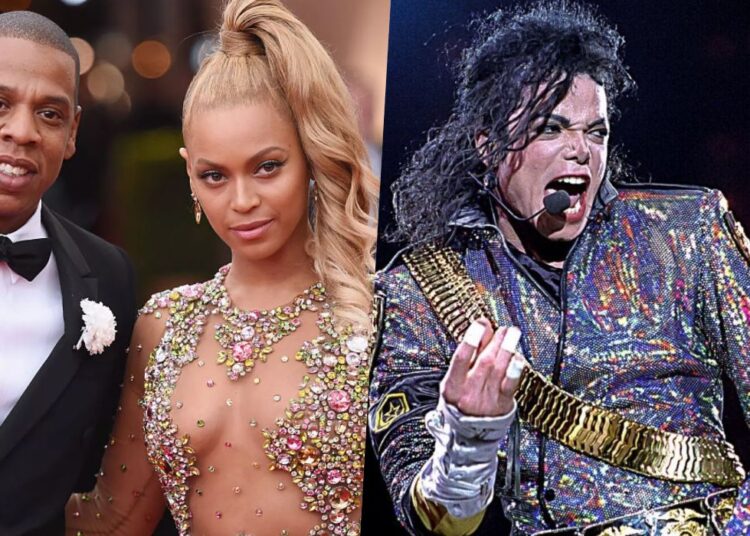 Jay-Z participated in a Twitter Spaces with his friends Alicia Keys and Rob Markman this Tuesday 21th. Speaking about various aspects of his career and life, the rapper predicted he would have problems at home when comparing his wife, Beyoncé, to the legendary Michael Jackson.

“Bey will be mad about what I’m going to say“, he said before giving his opinion:

“Find for me a show that is culturally relevant and exciting like Coachella (…) Michael Jackson never had a Coachella, she is an evolution of him because she watched him at 9 years old. And the kids are the same. Beyoncé will be one of the best singers we’ve ever heard, because she’s a student”, said the rapper during the chat.

The comparison between the two artists is nothing new. Considered the king of pop and one of the greatest voices in R&B, Michael has been an inspiration to Beyoncé throughout her glorious career based on perfectionism. Of course the comparison between two music legends garnered a lot of comments on social media, some netizens agreed with Jay, while others stated that MJ’s legacy is unbeatable.

In other related news, the Academy of Cinematographic Arts and Sciences of Hollywood shared this Tuesday 21th the pre-nominated in ten categories of the Oscar 2022 , which will still go through two more stages of voting until the verdict of the big winners. Among the disputes for the statuettes, one drew attention: the one for Best Original Song, showing that there will be a close dispute, where several stars from the world of music compete for gold.

Among the 15 pre-nominated names stand out names like Beyoncé, Jay-Z, Billie Eilish, Ariana Grande, Jennifer Hudson, HER, Halle Berry and even the band U2. In short: only powerful names in music, filled with Grammy champions, further reinforcing the category.

Beyoncé defends the track “Be Alive”, theme song for the movie “King Richard”, as well as her husband, rapper Jay-Z, is on the list with the track “Guns Go Bang” from “Vingança & Punishment”. The duo has 51 Grammy’s on the shelf and would be the rare competition between husband and wife if both actually make the final nomination list when they are released in February.