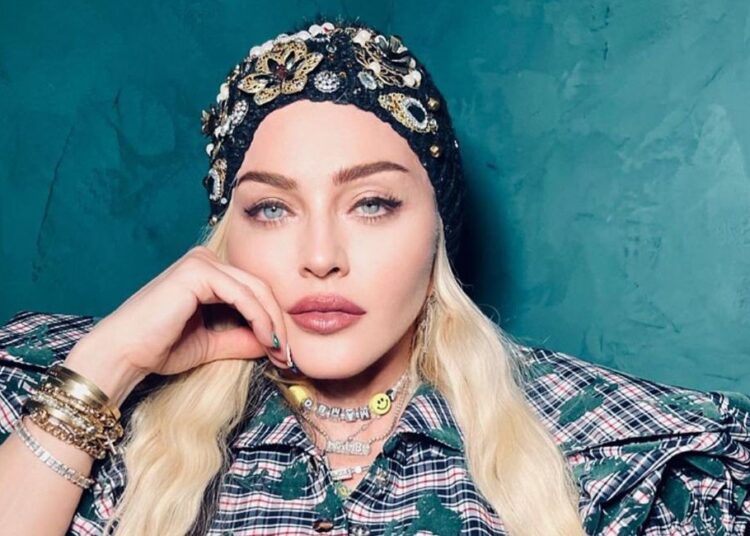 After releasing the official “Madame X Tour” record, Madonna has officially closed this chapter of her career and has already started looking to the future and is back in the recording studio!

On her Instagram, Madonna shared photos back at the recording studio alongside Lauren D’Elia, a vocal engineer who worked with the singer on the “Madame X” album, Swae Lee, who also collaborated on Madonna’s latest album, and Jozzy, Grammy-winning songwriter. In the caption, Madonna promised news for the next year:

#Madonna on #Instagram:"
So great to be back in the studio making Music again………… ? ? ?……… Suprises in the New Year @swaelee @laurendelia @jozzy @Burberry #Madonna #Pop #music #Dance pic.twitter.com/uCTovoOqOA

Madonna has never been the type of singer who does just what people are comfortable watching. She has often broken paradigms. However, through this interview, her intention was never simply to impose anything, but rather to open a discussion about the issues.

You may also like: Investment firm confirms tours of Taylor Swift, Beyoncé and Shakira and more

“In the culture of cancellation, disturbing the peace is likely an act of betrayal. We can start there, and then we can just talk about our work as artists. The work you do is very upsetting, but not in a bad way. When I watched Slave Play (a three-act play by Jeremy O. Harris about race, sex, power relations, trauma, and interracial relationships) my mind was exploding for so many reasons. You talk about things that are not encouraged to be said. You deal with topics that are not discussed in everyday society, although we should be very clear”, she added.

BTS: fan of the group spends a FORTUNE for Jimin’s birthday present