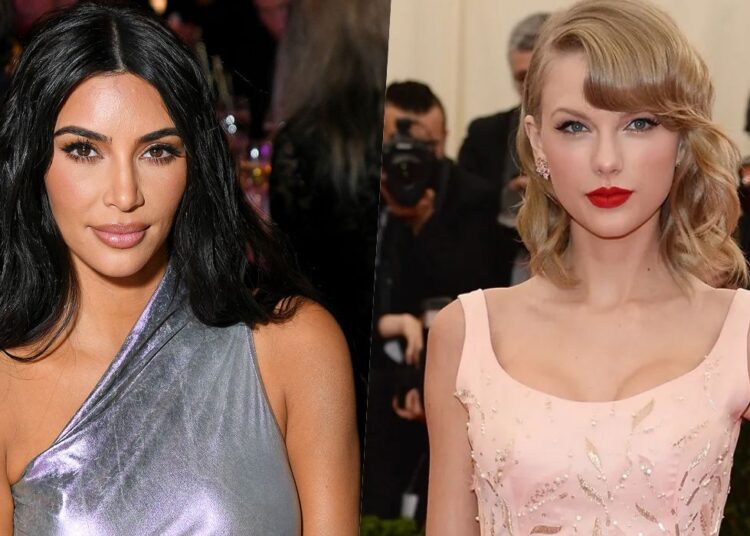 Recently Kim Kardashian surprised by speaking well of Taylor Swift in an interview with the podcast “Honestly with Bari Weiss“. That was the end of a “cold war” that lasted for years, but it seems that everything is fine between them.

During the interview, Kardashin was asked: ‘ What is your favorite Taylor Swift album? «. He then responded with nothing but praise:

“ I really like his songs a lot. They are all super cute and endearing. I’d have to search my cell phone to find a name”, he snapped.

.@KimKardashian was asked “favourite Taylor Swift album?” and she replied:

“I really like a lot of her songs. They’re all super cute and catchy. I’d have to look in my phone to get a name.” pic.twitter.com/SvFODgnPaC

Kim Kardashian was married to Kanye West. Everyone remembers the defining moment of the 2019 VMAs, when the rapper took the stage to say that Taylor didn’t deserve the award, but Beyoncé. It caused a lot of controversy.

Later, even things turned out well… However, they went awry again with the release of the song “Famous”, in which Kanye mentioned that he was responsible for making Taylor Swift famous and even called her “bitch”.

“I feel like Taylor and I are still going to have sex“, he says.

It turns out that Taylor Swift was very offended by the content of the lyrics. But Kim Kardashian had recorded audios in which Taylor supposedly approved of all the content and then rejected everything.

“?” This emoji was part of Taylor Swift’s career. When Kim did the “exposed” thing about Taylor, people started flooding the singer’s comments with this snake emoji . In the end, she turned out to be a liar.

It was a difficult moment in Taylor’s life that ended up inspiring the album “Reputation“, released in 2017. In fact, the snake was the symbol of the time. In lyrics, she was more vindictive, especially on the single “Look What You Made Me Do“, leaving aside the good girl image.