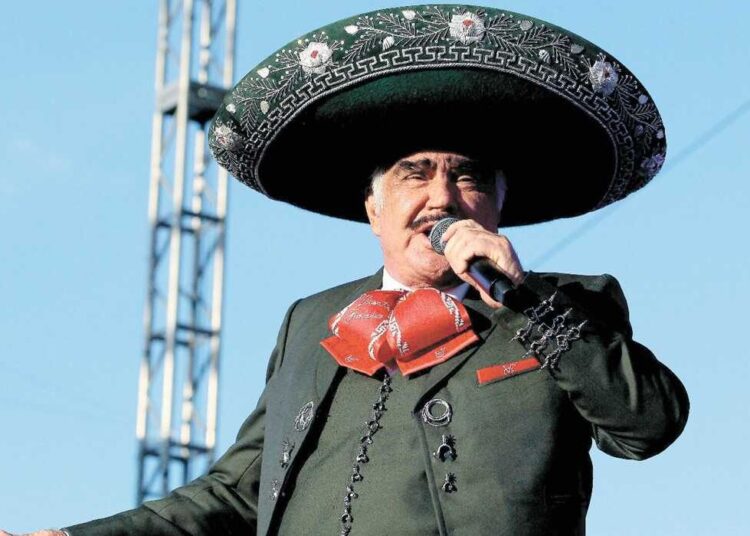 Vicente Fernández, considered an icon of Mexican ranchera music, passed away this Saturday, December 12 at the age of 81. The singer is considered one of the greatest exponents of regional Mexican music worldwide.

The interpreter of “Lástima que seas ajena” and “Por tu maldito amor” had been hospitalized in a private clinic in Guadalajara since August after suffering an accidental fall at his ranch, which caused trauma to the cervical spine. 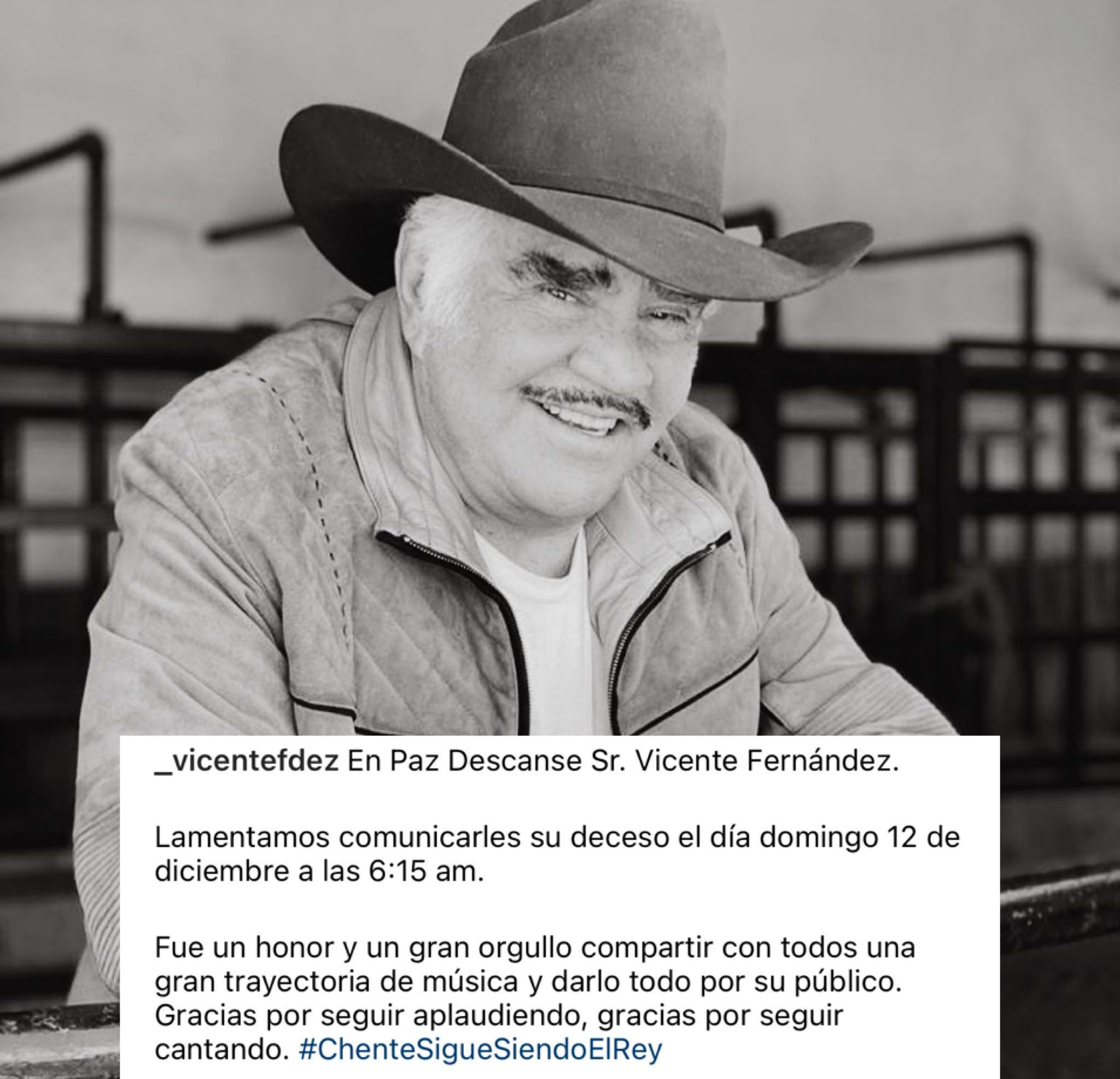 He had about 80 record productions and 25 films, in his career he has obtained 3 Grammy Awards, 8 Latin Grammys and has a star on the Hollywood Walk of Fame. His motto was “I won’t stop singing until you guys stop clapping“.

Vicente Fernández began his career when as a child he won an amateur competition in 1954. “The important thing was not to have started so early but to take advantage of the opportunity very well because this is a very beautiful career for those who know how to respect it“, he told El Universal in an interview, in 2006.

In 2015, Chente announced that he was saying goodbye to the stage, “When I say I withdraw, I withdraw“, he said to the incredulity of the public, that he had always heard him say at his concerts that as long as people applauded, he continued singing.

The goodbye was at the Azteca stadium. A tremendous moment in which he performed 60 songs before 85 thousand people who paid zero pesos to enter the concert. It was free. Why? He said it just before that show ended:

“There is one thing that you cannot buy with all the gold in the world and that you have always given me without having to put a gun to your head: your presence, your love. , their respect and their applause”.

Fernández was born on February 17th, 1940 in the town of Huentitán El Alto, in the state of Jalisco.

Katy Perry opens up about not winning any Grammys

BTS RM captured as tourist in NYC. You wont believe where he went