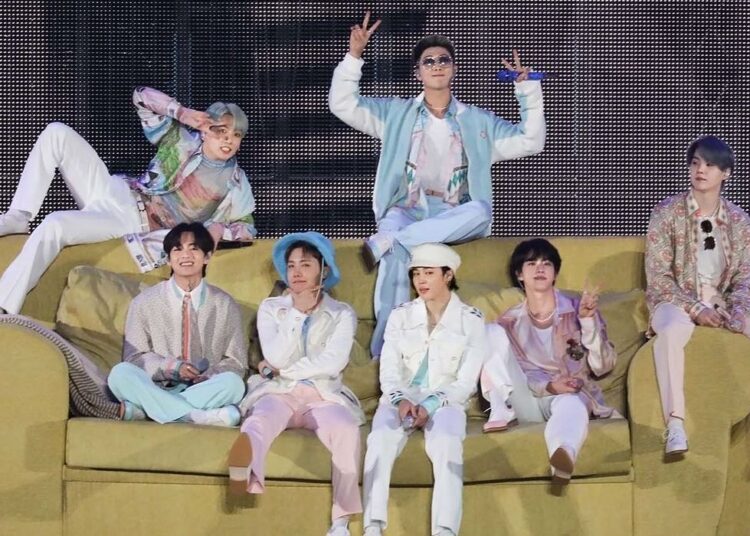 Last Tuesday, November 30th, Big Hit Music, the agency responsible for BTS, reported through a note that fans violated the group’s portrait and copyright rights during the concerts of the “Permission To Dance On Stage” tour in Los Angeles, United States. Taking photos, filming or broadcasting live are considered prohibited practices.

The BTS returned to the stage for the first time since the pandemic Covid-19 on November 28th and still has two more shows scheduled this week in SoFi Stadium. Big Hit Music, in turn, made a point of warning fans about illegal filming in upcoming performances.

According to the label, problems arose with the HD recordings of concerts. That’s because HD content is often officially released by the company. The use of cell phones, for example, is prohibited.

You may also like: BTS’s Jimin receives marriage proposal from supermodel in concert

“Hello. This is Big Hit Music. During the concerts of “Permission To Dance On Stage” there were actions that violated the portrait rights and copyright of the group. All actions that violate the portrait and other copyrights of Big Hit Music and the artists are prohibited, such as taking photographs and videos, voice recordings and live streaming, etc.

In addition to handheld phones, other filming or recording devices cannot be brought into the location. If you violate these rules, including footage on your phones, you may be asked to delete footage and be forced to leave. Therefore, we ask for everyone’s collaboration.

In the future, we will do our best to look after the portrait and copyright of our artists.

We thank you all”.

TXT’s Yeonjun cried over his MAMA performance and MNET mistreatment