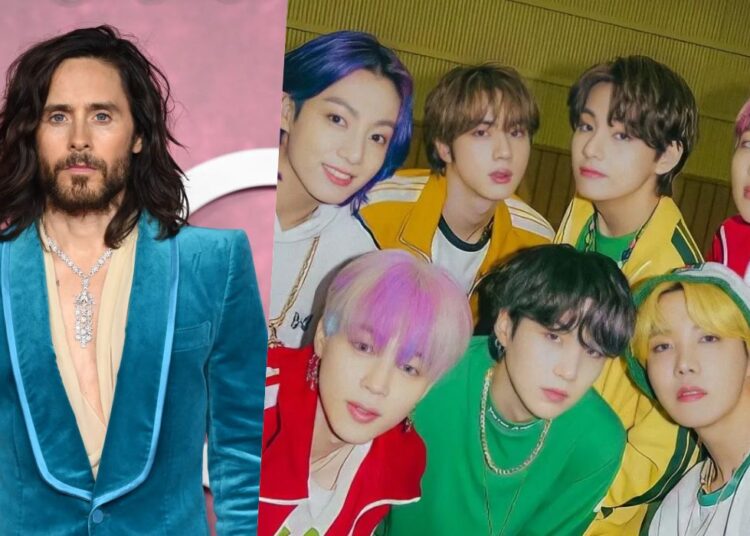 BTS, in addition to conquering the heart of ARMY, has also conquered the hearts of great artists: from Emma Stone, Cristian Castro to the famous Jared Leto. The actor who stars in House of Gucci mentioned the singers of “Butter” in a recent interview and revealed that they almost collaborate musically.

Here’s @JaredLeto talking about how he met @BTS_twt and how he thought he almost did a song with them (lol).

Following his recent words, ARMY traveled in the memories of the fandom to once again viralize the first moment when Leto declared his admiration for the Bangtan Boys.

The lead singer of 30 Seconds to Mars was the host of the 2017 AMAs, an event held on November 19 of that year. BTS attended the ceremony in person to perform their song “DNA”, this being the debut of RM, Jin, J-Hope, Suga, Jimin, V and Jungkook on American television. After the vibrant staging of BTS, Jared Leto commented:

You may also like: BTS music is Apple Music’s most listened to in 2021

“I need a moment to recover from that performance. That was incredible!“.

The interaction did not end there.

Hours after the presentation of the Korean group, the actor shared a screenshot of the scene on his social networks with the words “That look in my eyes is love for BTS” in the photo. 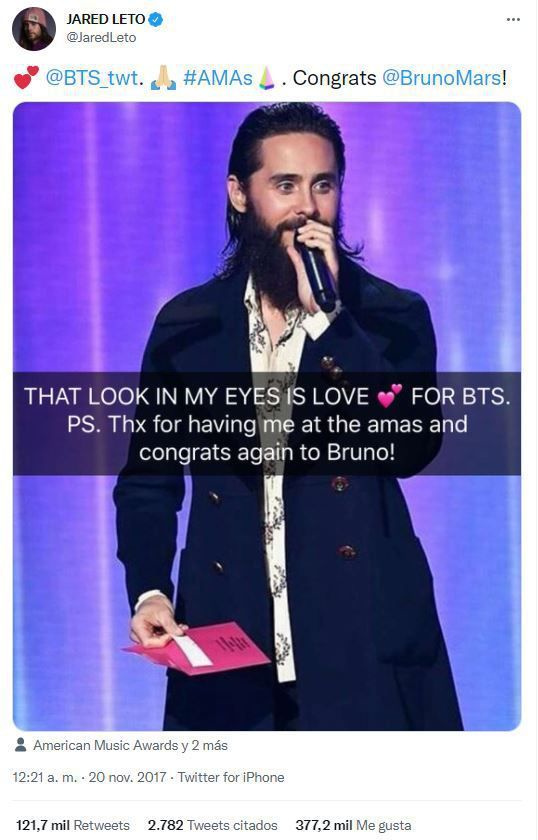 ARMY welcomed the singer into the fandom with open arms. Several users wrote excited because they were also followers of 30 Seconds to Mars.

“I can’t believe that one of my favorite artists interacted with another of the groups that I love“, wrote a netizen on Twitter.

BTS: V makes HISTORY by being voted the most handsome man in the world for the second year in a row