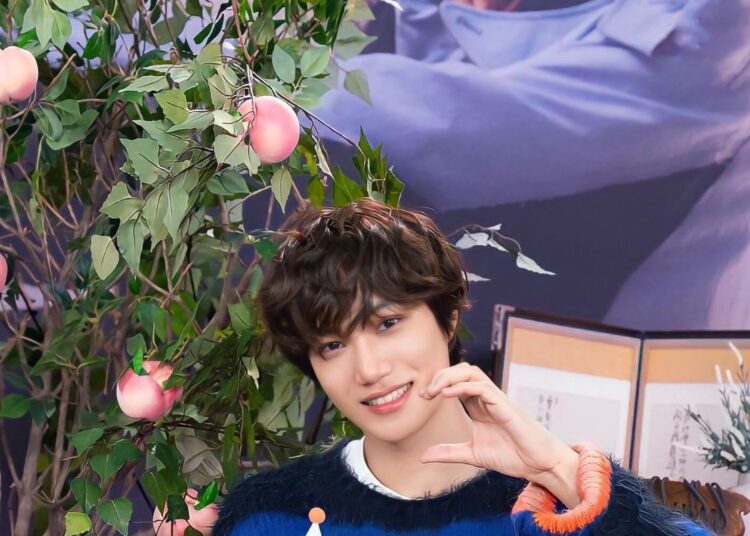 EXO’s Kai has said that he wanted to show his “sweet as peaches” side in his new release as a solo artist.

“If I had a compelling image as an EXO member and individual artist, I would like to show a sweet, friendly and cute side of me this time, as the title of the new song ‘Peaches’ indicates,” the singer said during a online press to promote the release.

“Peaches” is the title track of his second extended play album of the same title. The main song is R&B genre with an addictive melody and deep bass. The lyrics of the song compare the romantic moments that a man spends with his beloved like a sweet peach and describes his desire to be with her forever in a heavenly space.

The title track leads to five other tracks: “Vanilla“, “Domino“, “Come In“, “To Be Honest” and “Blue“. The new mini album has topped iTunes album charts in more than 58 countries and regions, his representative agency SM Entertainment announced on Wednesday.

You could also be interested in: The official performance line-up for MAMA 2021 has been revealed.

Craft A Snake Tie For Any Occasion