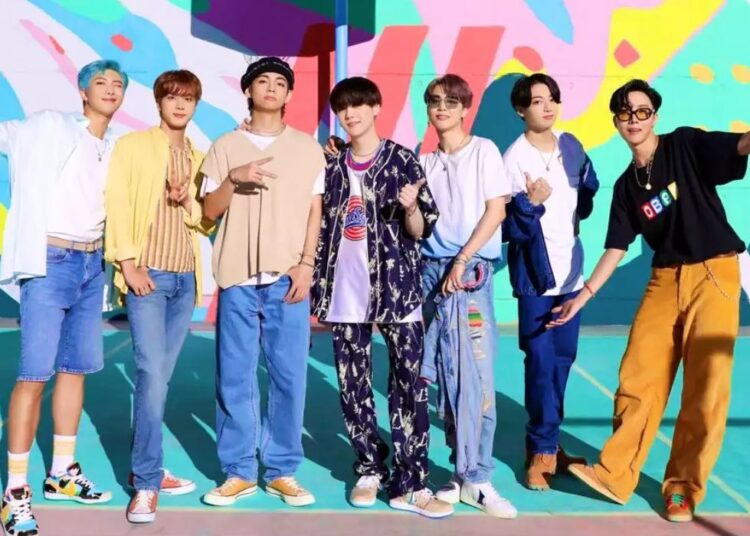 BTS music is Apple Music’s most listened to in 2021

After revealing the prestigious winners of its award, the Apple Music Awards, Apple’s music streaming service has now revealed which songs were most listened to by its users this year 2021. And BTS took first place, with the song “Dynamite”.

Published in playlist format, the list with Apple Music’s most listened to songs in 2021 covers the period from October 16, 2020 to October 15, 2021. Watch the list here.

“Dynamite” was the first all-English song by South Korean group BTS and it broke numerous records, particularly in the United States. As most music heard of Apple Music in 2021, “Dynamite” overcame titles such as “Driver’s License“, by Olivia Rodrigo, and “positions” by Ariana Grande, who were in second and third positions, respectively.

In other releated news, resuming the in-person concert schedule, BTS performs a series of shows in Los Angeles, between November 28 and December 3, at SoFi Stadium, which has a capacity of 70 thousand people and is expandable to up to 100 thousand people for large events such as Super Bowl and Olympics.

According to Big Hit Music, the BTS agency, the expected number of audiences per day for the tour is 47,000, a total of 188,000 spectators at the four shows, not counting reserved seats, which could increase this number to 200 thousand.

The first two presentations were a real success and had repercussions worldwide. In one of them Megan Thee Stallion made a surprise appearance to perform for the first time in person the remix of “Butter” with BTS.

Girl groups rule United States and these songs prove it