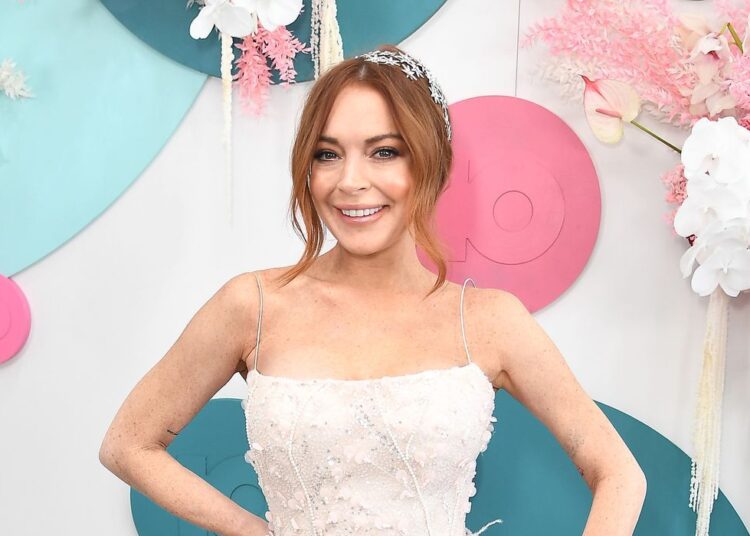 Lindsay Lohan surprised all her fans by announcing her unexpected engagement with a series of photos full of emotion and love with her fiancé, Bader S Shammas.

The American actress and singer revealed the happy news of her through Instagram, where she showed her engagement ring to the nine million followers of her on said social network. The publication was accompanied by the message “My love. My life. My family, My future“, followed by the hashtag #love.

She waited all her life and found her Ultimate. 💍 Lindsay Lohan is engaged and today, the whole world's New York. Congratulations, LiLo! (📷: Instagram/Walt Disney/​Kobal/​Shutterstock) pic.twitter.com/Ddn2LLOaf2

According to the American newspaper Sun, Bader S Shammas is a businessman who has nothing to do with the entertainment business, works as a vice president of Credit Suisse and lives in the city of Dubai, hence the continuous trips and long stays of the actress in the United Arab Emirates.

On his side, Vogue Arabia reported that Bader is of Lebanese descent and his relationship with Lohan has lasted about two years.

And although details of the wedding date have not yet been revealed, it is known that the engagement ring is a spectacular design by Harry Winston, the same house that signed the famous e unforgettable jewel with which Ben Affleck proposed to Jennifer Lopez in 2002.

The actress has kept her relationship away from the cameras of the paparazzi and the media for more than two years, for this reason the surprise of her commitment has been greater.

In other releated news, Lindsay Lohan leads a quieter life and it was recently announced that she is back to acting by starring in a Netflix Christmas comedy.

“Lindsay Lohan will star in a new romantic comedy about a newly engaged and spoiled hotel heiress who finds herself in the care of a handsome worker cabin owner and his precocious daughter after suffering total amnesia in a skiing accident“, shared the streaming platform in a statement.