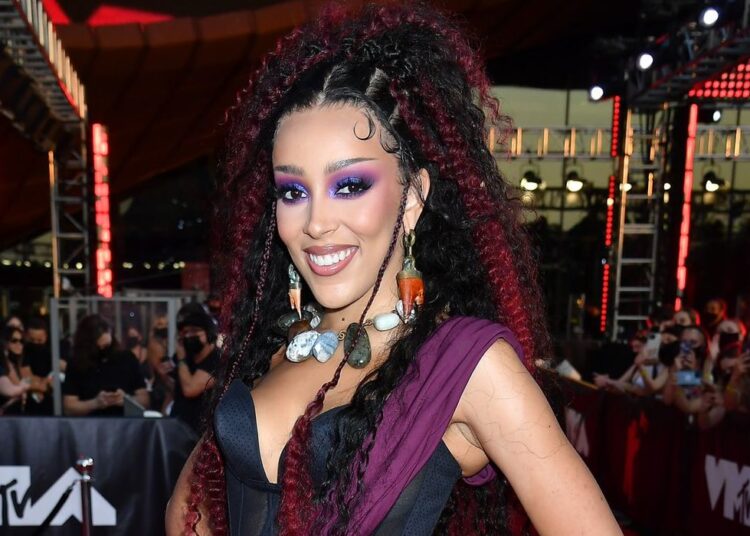 Doja Cat is one of the top names in the industry in 2021. Her successful album “Planet Her” earned her an 8-time Grammy Award nomination this Tuesday, November 23rd.

Fame and recognition, however, seem to be accompanied by a lot of pressure and a busy schedule, which are preventing the singer from doing what she loves and being creative.

I know so many of us would kill to be in her position but it makes me sad to hear that music has become an obligation for her when it used to be a passion ?

I hope she gets that back pic.twitter.com/dVgXupxyoT

In a live on social media, the interpreter of “Woman” gave a brief vent about her fatigue. She also complained about giving interviews in which reporters asked the same questions over and over.

You may also like: Jessie J reveals that she got pregnant and lost the baby

Doja Cat voices frustration with not having time to do what she wants:

In other releated news, the new update of the Billboard Hot 100, the most important singles chart in the United States is out! Adele continues to lead for the second week with the song “Easy On Me”. The big news is the entry of Doja Cat, with “Need To Know”, in the Top 10.

“Easy On Me” recorded over 61.5 million impressions (runs x audience) on US radio. In addition, over 23.1 thousand legal downloads were sold, and the song was heard 31.8 million times on streams.

Fake ad of a Rihanna’s new album deceives her fans