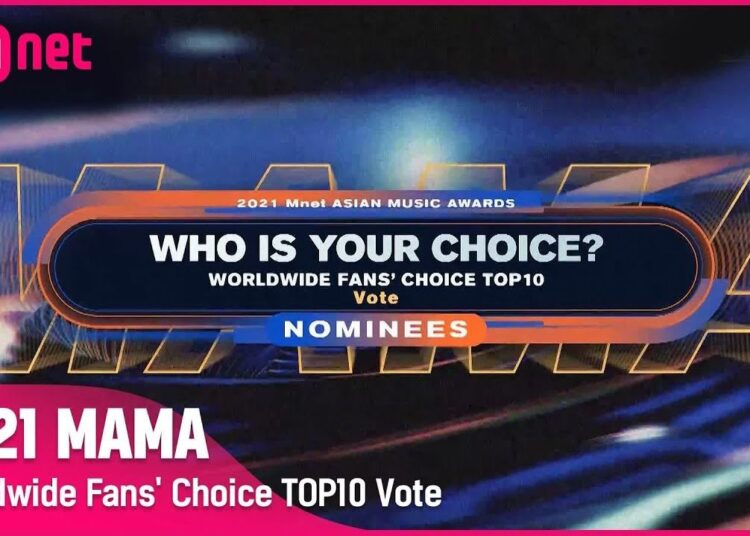 Final voting began for the Worldwide fan’s choice category. On the road to MAMA 2021, the second round of online voting between 20 soloists and K-pop groups has already begun. The winner of this stage will receive the only daesang from the Mnet Asian Artist Music Awards that is chosen by the public; the other three main awards will be awarded under other criteria.

To choose the Worldwide icon of the year you first have to vote in the box down below for your favorite act and then share the link with the following formula on Twitter: #MAMAVOTE + the official hashtag in lowercase for each artist.

Only the votes in public accounts are valid.
Only 1 tweet or retweet is counted per Twitter profile per day.
If the tweet includes more than one artist, the vote is not counted.