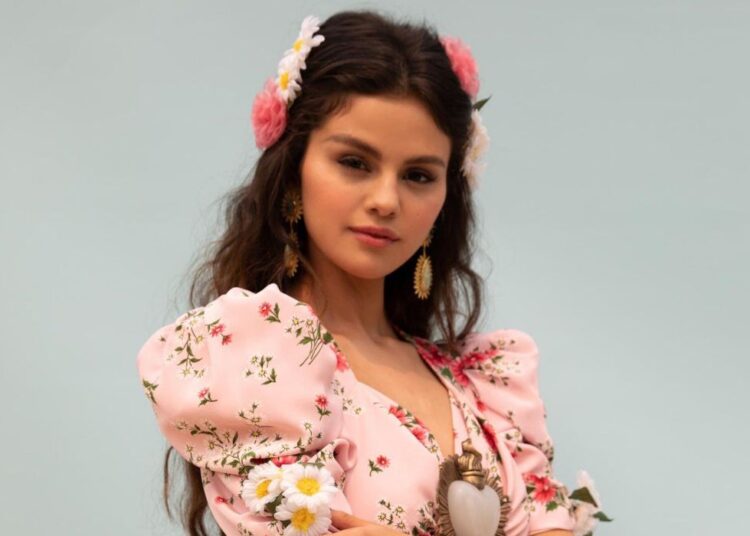 Selena Gomez received her first Grammy nomination this Tuesday, November 23rd, for one of her most personal projects, the EP “Revelación”. The album, released on March 12, was his first work entirely in Spanish and marked his return to music after the album “Rare”.

The singer posted a message on social media to thank her fans for their support.

“Are you kidding me!? Revelation was nominated for the GRAMMY! This project is so special to me for so many reasons and I couldn’t have made it happen without this amazing team of people by my side. I am eternally grateful to each of you ♥ ️ and of course MY FANS”.

Selena Gomez reacts to ‘Revelación’ being nominated at the #GRAMMYs :

“This project is so special to me for so many reasons and I could not have made it happen without this incredible team of people by my side. I am forever grateful to each and every one of you ♥️” pic.twitter.com/0GQCTkfWB9

“Revelation” was indicated to the category “Best Latin Pop” and matches with “Vértigo”, by Pablo Alborán, “Mis Amores”, by Paula Arenas, “Hecho a la Antigua”, by Ricardo Arjonas, “Mis Manos”, by Camilo, and “Mendó”, by Alex Cuba.

You may also like: Jennifer Lawrence talks about having lower pay than Leonardo DiCaprio

In other releated news, Selena Gomez will continue cooking for another season of the “Selena + Chef” program. The HBO Max announced the renewal of the series for next year. According to Deadline , the fourth season will be at a beach house, where the singer will continue to learn how to cook dishes in the company of renowned chefs.

It always takes a few fails before mastering any skill! Have you watched Season 3 of Selena + Chef yet? pic.twitter.com/YV0DPgKpQI

Next season’s guests will also be able to help charities with each episode, just like in previous editions. The project has raised $400,000 for 26 nonprofit organizations.

“I’m looking forward to another season of being in the kitchen with some of the best chefs in the world. Hope my skills have improved. More importantly, we were able to raise money for amazing charitable organizations”, said Selena, who also serves as the show’s producer for July Moon Productions.

TXT releases “minisode 2: Thursday’s Child” and aims to have the comeback of the year