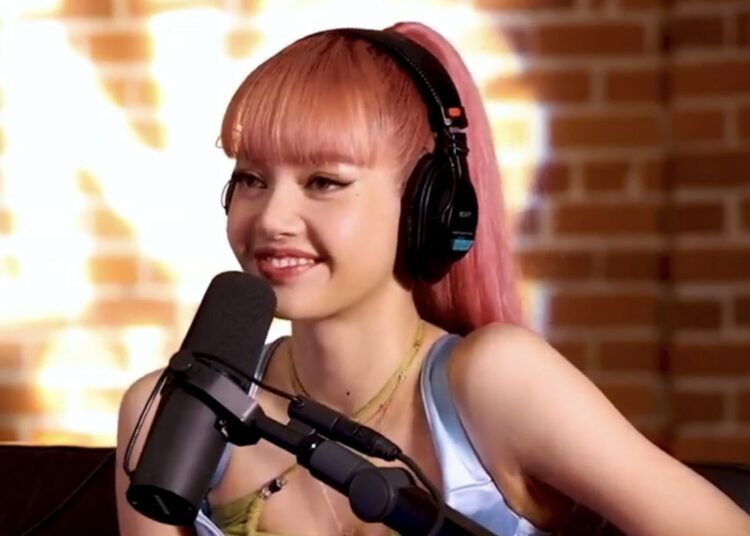 Lisa took part in a chat with presenter Zach Sang to talk about her first solo project “Lalisa”, officially launched in September. The singer explained that she lives a professional phase of more creative freedom, where she can make her own aesthetic choices.

The BLACKPINK member told the presenter that she participated in numerous visual decisions for her new work, such as costumes, makeup and colors that were used in the photos and video.

“It’s all a challenge, but it’s nice to get to know myself better, to know what I like and what I don’t. I was able to start choosing my own clothes, what I want to wear in the music video”, explained the Thai artist.

It premieres in 4 hours. Make sure to turn on reminder ? pic.twitter.com/X2HskxhSq0

She also said that, now, she can wear clothes that she feels comfortable with and confessed that she didn’t feel that way with some pieces used in her work with the South Korean group.

“Sometimes I felt uncomfortable in some clothes, but for my solo I try to choose what makes me feel comfortable”, Lisa said.

You may also like: BTS gives surprise performance on the streets of Los Angeles

In other releated news, Lisa, from BLACKPINK, made her trip to the United States official this Friday, November 12. In the midst of promotions for her new single “MONEY”, the singer was spotted at a Las Vegas nightclub called Zouk Nightclub with her newest working partner DJ Snake.

On his Instagram Stories, the DJ shared a number of Lisa’s records, including one of her dancing a lot at the time. He was taking care of the event’s soundtrack and made a point of putting “MONEY” on.

Lisa hasn’t been hiding her tours since she arrived in the US, and of course BLINKS are loving this kind of content. Before making her presence felt at the club, she met up with Jojo Wright for an interview and, to top it off, she even met a lucky fan!